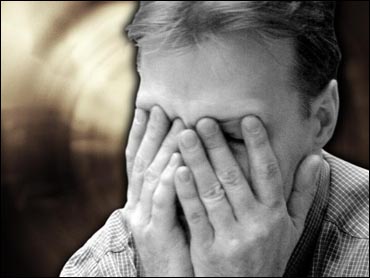 The new surgical techniques were inspired by an unexpected side effect to facial plastic surgery — specifically, a forehead rejuvenation procedure. The report appears in the January issue of the journal Plastic and Reconstructive Surgery.

Based on that pattern, Guyuron and colleagues designed two surgical techniques specifically designed to identify migraine trigger points and treat migraine headaches. Their current study offers a report on the patients' outcomes.

Of the 125 migraine headache sufferers in his study, 100 got surgery and 25 got no treatment for comparison. Starting months before surgery, patients were injected with Botox to determine which muscles in the forehead or the back of the head triggered their migraines. If the injections resulted in improvement of the migraine frequency or duration, these muscles were surgically removed.

Both groups of patients kept diaries of their migraines, medical costs, and sick days off work for the entire one-year study.

The surgery group had the best results:

"Before surgery, my patients expressed extreme frustration by not being able to gain control of their lives," says Guyuron in a news release. "They wanted to work or spend time with their family. Through our new surgical discoveries, we are able to help the appropriate patients escape the awful effects of migraines and start living their lives again."

The most common side effects from the surgery were discomfort at injection site, temple hollowing, neck weakness, and eyelid sagging, he reports.

The migraine headache surgery offers advantages not provided by triptan medications, Guyuron explains. The drugs have been considered a major advance in migraine treatment. But sufferers still must endure the migraine symptoms until the drugs take effect. Also, triptans cause drowsiness, weight gain, and hair loss. People with heart disease, history of stroke, or who are pregnant can't take triptans.

The procedure requires further testing and longer follow-up before the term "cure" can be used for those who become free of migraine headache symptoms, he writes.