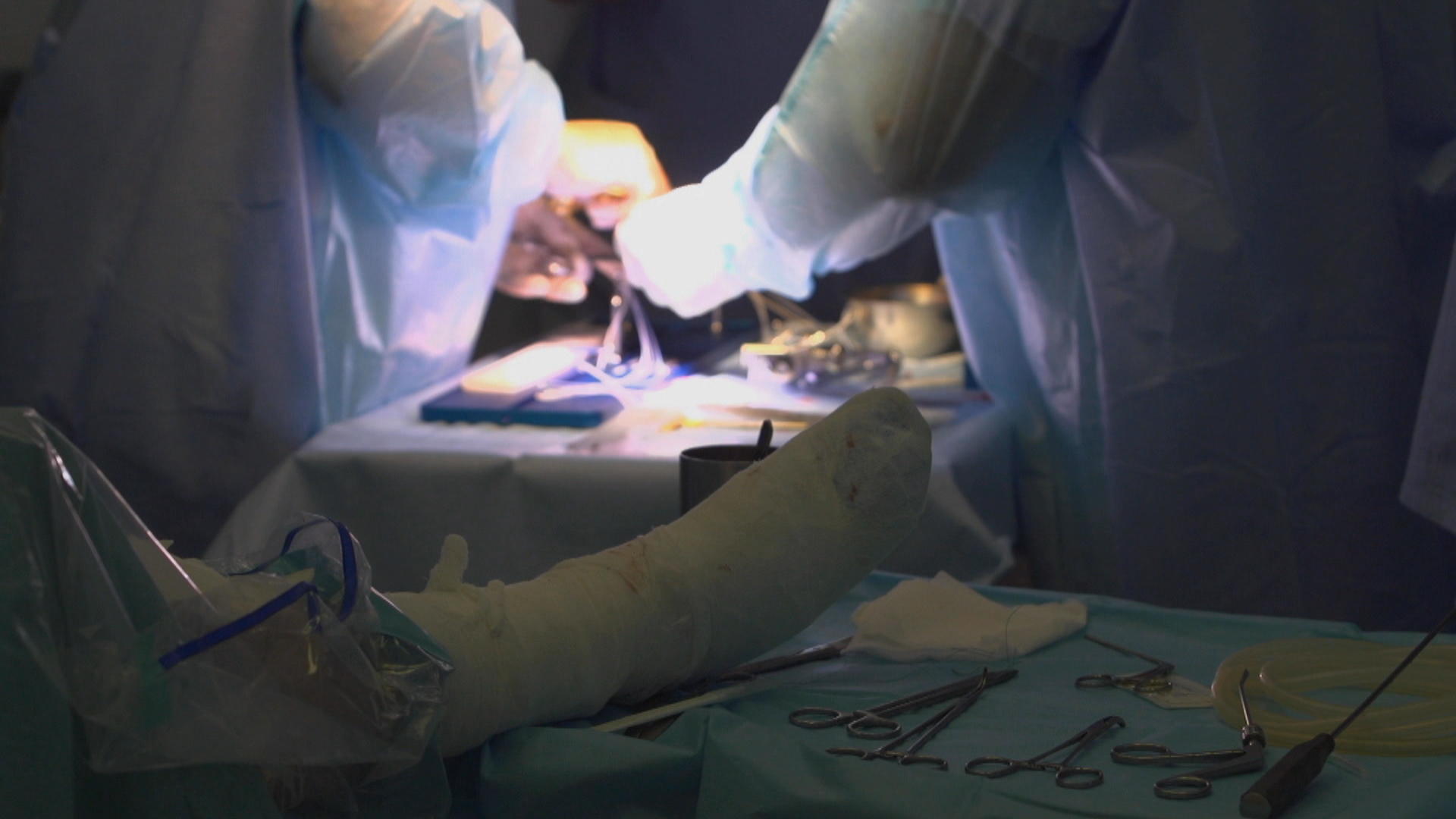 A joint investigation by USA Today Network and Kaiser Health News highlights the dangerous conditions that have apparently led to many deaths in facilities known as surgery centers across the U.S. The report takes an in-depth look at operations performed at these non-hospital facilities and found more than 260 patients have died after surgery center procedures since 2013.

There was no reason for Scott and Sandy Van Veldhuizen to think they'd have to say goodbye when their 12-year-old son Reuben had his tonsils removed in 2016. Scott remembers the last thing he said to him: "Go get 'em bud."

"Our surgeon said this is not going well. She told us he had coded, and they had called the ambulance," Sandy recalled.

An ambulance, because the procedure wasn't at a hospital, but at one of more than 5,600 surgery centers across the U.S., reports CBS News' Tony Dokoupil. There are now more surgery centers, which focus on routine, same-day operations, than hospitals. The industry says this can make for cheaper, faster and more convenient service than in a hospital, but when something goes wrong during surgery, the hospital may be the safer option.

"We were watching them work on our boy and one nurse would talk to us and then the doctor said it was done," Sandy recalled.

A federal report shows a paramedic who arrived to treat Reuben "received no response from the facility staff when she inquired who was in charge" of CPR. In response to a lawsuit, the center and one of its doctors claimed Reuben's death was "the result of pre-existing conditions, acts of others, or conditions over which" they "had no control or responsibility."

Jewett was one of those reporters. The joint investigation turned up more than 260 deaths in surgery centers since 2013 -- ranging from the dozens who've died after routine procedures, like colonoscopies and tonsillectomies to at least 14 people who've died after more complex spine surgeries.

"The majority of the cases go great in these facilities. But what we found was that some of the patients are not appropriate for the setting. They might be too sick. Some of the surgeries might be too complicated, and we also found that sometimes the centers just aren't prepared," Jewett said.

The report shows inspectors "have discovered 230 lapses in rescue equipment or training regulations at surgery centers since 2015."

Bill Prentice heads the Ambulatory Surgery Center Association, which represents these facilities. He said the report is "doing a disservice to patients."

"If you took that wider view and looked at the number of adverse events that happen in hospitals compared to surgery centers, you'd see that we're actually a very safe site of service," Prentice said.

He says the fact that 90 percent of these centers are at least partially-owned by physicians gives them greater responsibility for everything that happens there.

CBS News chief medical correspondent Dr. Jon LaPook works at an outpatient facility that closely follows the standards of a hospital. We asked him if patients should worry about doctors' financial interests.

"I think if patients are being recommended to an outpatient surgical facility, it's a perfectly reasonable question to say, 'are you a part owner of that?'" LaPook said.

If the answer is yes, you might want to ask yourself some questions.

"Well, then you perhaps have to go back-and-forth about do I really need this, why am I doing it in this facility versus another facility, is it just as safe for me to do it in the outpatient setting as the inpatient setting?" LaPook said.

Perhaps the most high-profile surgery center death was that of Joan Rivers, who stopped breathing during a procedure in 2014. Her daughter Melissa filed a malpractice suit claiming doctors took cellphone pictures of the sedated star and fumbled their response to the crisis. The two sides reached a settlement in 2016.

But USA Today Network and Kaiser Health News team had to dig hard to learn about the cases we hadn't heard about.

"It shouldn't take a national team of investigative journalists to answer these basic questions. There really should be something for patients to turn to, to find out what is the safest center in my area," Jewett said.

Prentice agrees we need a better system for reporting problems and a simpler way for patients to compare the price and quality of care.

"We're not about trying to hide from an adverse event, because the only way you're going to learn from it and improve it and make sure it never happens again is by making sure people know about it," he said.

There are risks associated with any procedure, wherever it happens. If considering a surgery center, Dr. LaPook recommends asking about backup plans in case something goes wrong and looking at how long it would take to get to the hospital. If it's a long distance and your underlying health is poor, you might just want to have the procedure at the hospital.