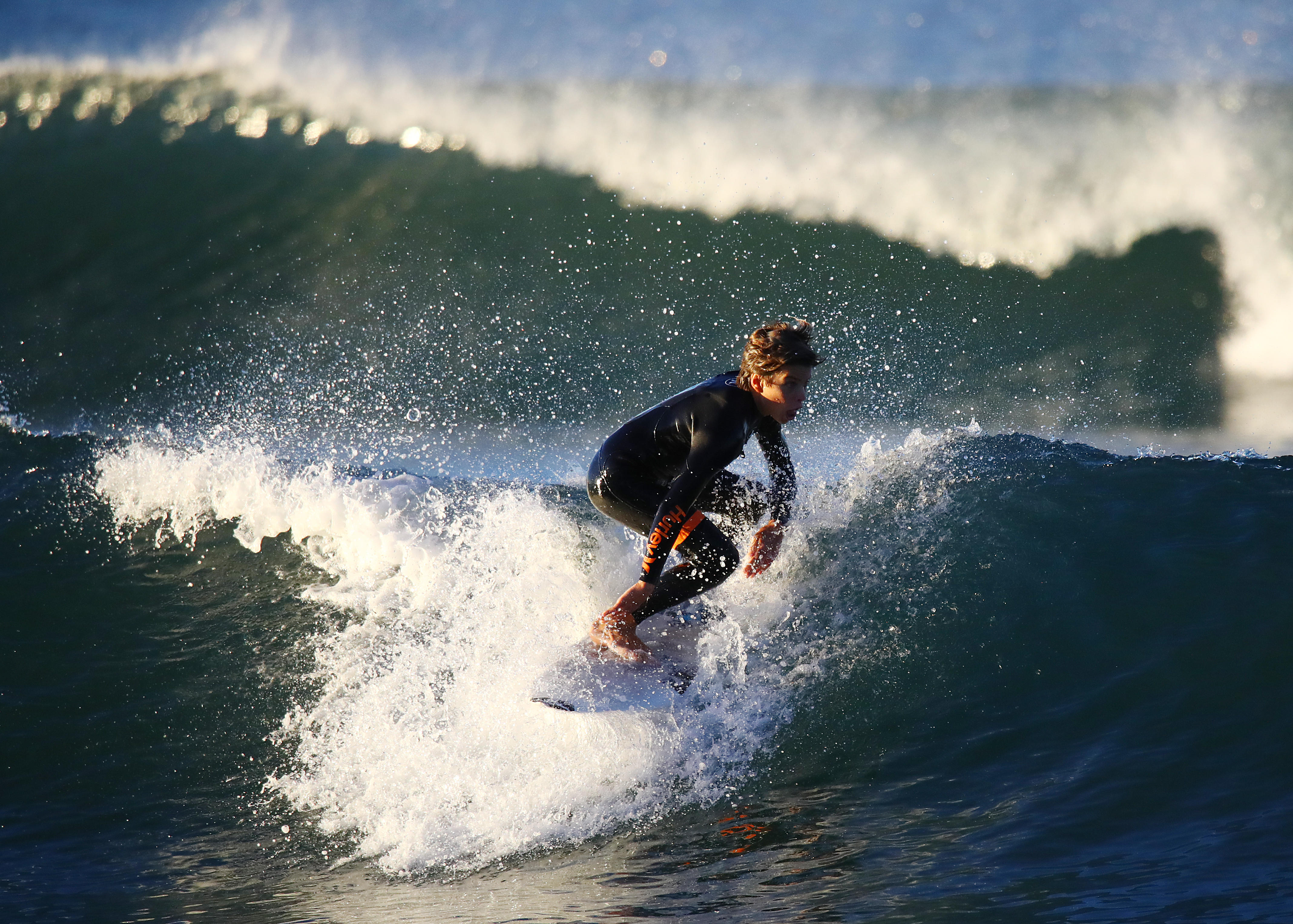 LOS ANGELES -- "Let's go surfing now, everybody's learning how," the Beach Boys have been telling us in song since 1962. And if you haven't started listening by now -- and you live in California -- perhaps it's time you did.

Surfing became the official sport of California on Monday.

So grab a board, catch a wave and again as the Beach Boys like to say, find yourself, "sittin' on top of the world."

"I am stoked that surfing is now California's official sport," declared Al Muratsuchi, state assemblyman and a dedicated surfer dude himself, after Gov. Jerry Brown put his signature to the new law Muratsuchi wrote and shepherded through the Legislature.

"No other sport represents the California Dream better than surfing -- riding the waves of opportunity and living in harmony with nature," added Muratsuchi, a surfer since high school who represents the city of Torrance, a place not far from the heralded California surf break called Haggerty's. (Yes, the one mentioned in the Beach Boys' song "Surfin' USA.")

While the law acknowledges that surfing, like so much other California stuff, actually came from somewhere else -- in this case Hawaii -- it also makes the case that California revolutionized the art of shooting the curl and hanging 10.

The Golden State is the heart of the surfboard building industry and the place where the wetsuit was invented, state officials say, and with 1,100 miles of coastline, it provides a surfer's paradise that Muratsuchi estimates generates more than $6 billion in annual retail sales.

Michael Scott Moore, author of the acclaimed 2010 surfing history "Sweetness and Blood," agrees that although Hawaii is the cradle of surfing, California did play a key role in revolutionizing the sport.

"Modern surfing was born in Huntington Beach, Malibu, the South Bay, Manhattan, Redondo," Moore said, referencing many of the beachfront cities the Beach Boys call out in "Surfin USA."

"That's where new technologies in surf design got developed," continued Moore, an avid surfer himself. "We had a lot of aerospace technicians who were into surfing, and they developed new shapes for surfboards that turned the sport into something of a pop cultural phenomenon."

Basically, California builders began making boards safer, lighter, easier to stand on and easier to maneuver through the water than the ones the Hawaiians had used for centuries, Moore said. They also added a key feature, the skeg or bottom-of-the-board rudder and, yes, they invented the wetsuit.

Meanwhile, popular "Beach Party" movies of the 1960s that starred teen heartthrobs Annette Funicello and Frankie Avalon made it look to the rest of the country like one big surf party was going on nonstop in California. The Beach Boys, Dick Dale, Jan and Dean and other popular musicians of the time provided the soundtrack.

Indeed, Huntington Beach now calls itself Surf City and is home to the Surfers' Hall of Fame and the International Surfing Museum. Oceanside has the California Surf Museum. In Redondo Beach, there is a bust of George Freeth, hailed as California's first surfer after he began dazzling local crowds with his wave-riding skills in 1907.

(Freeth actually learned to surf in his native Hawaii, where it's been the official sport since 1998.)

But no matter. Which state lays claims to surfing as its sport doesn't bother surfers all that much, said Moore, who has surfed all over the world.

"As long as the waves are good, we don't care," he said laughing.

He may be right.

A woman who answered the phone Monday at legendary big-wave rider Titus Kinimaka's surf school in Hanalei, Hawaii, said she'd be happy to put a surfer on the phone to discuss the issue.

"But they're all in the water," she added.