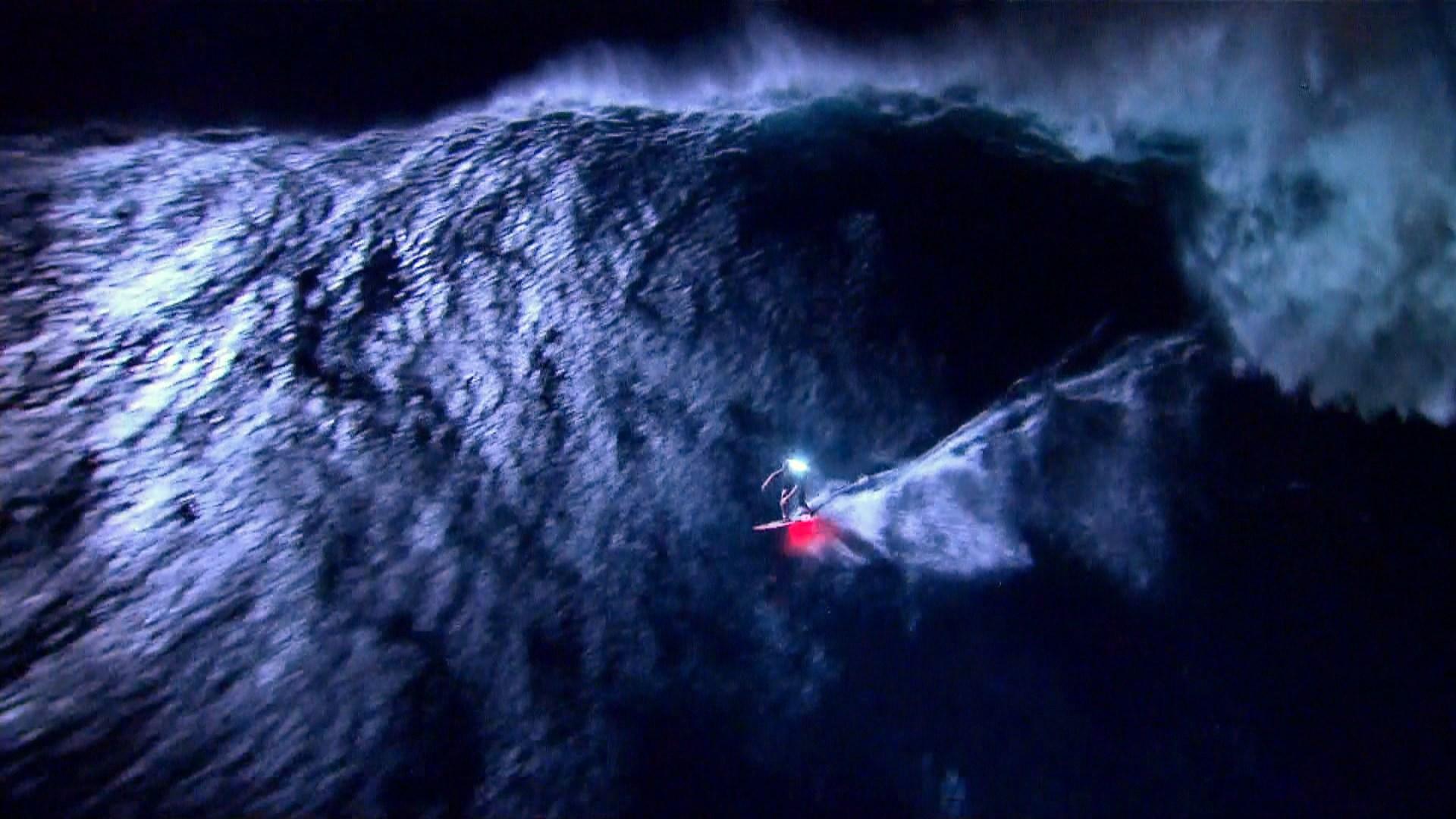 It's twilight over the Malibu coastline and while most sun-seekers are winding down their day, one crowd is just getting started.

The more than two million estimated surfers in the U.S. can lead to congestion at some surf spots. So, many surfers have decided that riding waves can also happen at night.

It's not for the faint of heart, or the short-sighted.

For a sport that depends on seeing the right wave at the perfect time, it might seem crazy to dive into darkness.

But as CBS News' Carter Evans found out on his first night surf session, it's all about escaping the crowds.

If it were light out, Helmut Igel said there would be a hundred guys running into one another but at night, there's hardly anybody out.

Igel is one of an estimated 35 million surfers around the world.  As those numbers grow, so do the few daredevils drawn by the light of a full moon.

"You're watching the light off the wave and you can see it's kinda like a serpent on the water, so you're kinda following it as you go along!" Igel said.

But while they're avoiding surf-line gridlock, they're risking encounters with other underwater creatures, some known to be more active at night.

When asked about the recent increase of shark sightings along the California coastline, surfer J.P. Pereat said, "At night, you do. At night, I ride a long board because I like to keep my feet up and out of the water sometimes."

But at night, he won't have much luck seeing it.

Night surfing isn't new.  Experts say wetsuit warriors have been quietly doing it for decades, but in 2011 the sport got a social media boost.

Off the north shore of Maui, Australian pro surfer Mark Visser conquered one of the world's fiercest waves -- nicknamed "Jaws" -- at night.

Visser's ride on the 30-foot monster took four years of preparation, a small army of support staff and three specially built surfboards. He explained that the lights on his board are not for him to see, but so that others can see him for safety.

"Yeah, it made it look like a bit of a 'Fast and the Furious' kind of car," Visser joked.

That look is now catching on.

Roy Johnson used to night surf as a younger man. Now, he spends his free time crafting boards with LED lights built into them.

"I like the reactions of the crowd, because I'll be sitting there watching my son out there surfing and people just come up and are like, 'what is that? That is so cool!'" Johnson said.

Roy's son, Sean, frequently tests his dad's products. "Rain or shine, sharks or not, we're out there," Sean said.

According to Sean, while the LEDs signal his position to other surfers for safety, mostly, they make an impression back on shore.

Of how people react to the glowing shape in the water, Sean said, "They're trippin', you know what I mean?  They're thinking it's a UFO coming down the wave!"

But at the end of the day -- or night -- surfing is more sport than art, and some prefer to keep it old school.

"I feel like I'm at Halloween or something," Igel said. "This makes it kind of interesting, it's a little bit disco, but I think I'll just stick with my glow stick and the moon, if it's out."

And once each month, weather permitting, that's the one beacon everyone can agree on.