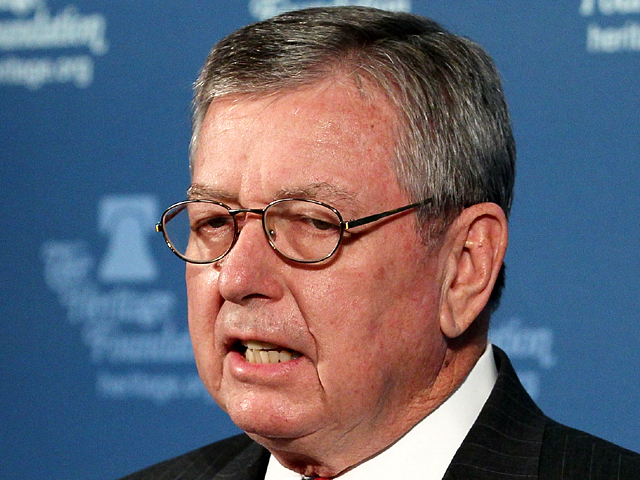 WASHINGTON - The Supreme Court ruled Tuesday that former Attorney General John Ashcroft cannot be personally sued over his role in the post-9/11 arrest of an American Muslim who was never charged with a crime.

By a 5-3 vote, the court said Ashcroft did not violate the constitutional rights of Abdullah al-Kidd, who was arrested in 2003 under a federal law intended to make sure witnesses testify in criminal proceedings.

Al-Kidd claimed in a federal lawsuit that the arrest and detention violated the Fourth Amendment's prohibition on unreasonable searches and seizures.

He was held for 16 days, during which he was strip-searched repeatedly, left naked in a jail cell and shower for more than 90 minutes in view of other men and women, routinely transported in handcuffs and leg irons, and kept with people who had been convicted of violent crimes.

Even the justices who disagreed about the constitutional issue agreed that Ashcroft could not be personally sued for his role in al-Kidd's arrest. The court reversed a federal appeals court ruling that denied Ashcroft immunity from liability in this case.

Supreme Court rulings allow high-ranking officials to be held liable but set a high bar: An official must be tied directly to a violation of constitutional rights and must have clearly understood the action crossed that line.

Even with Tuesday's ruling, al-Kidd still has claims pending against the FBI agents who obtained the material witness warrant used to arrest him.

Al-Kidd is a former University of Idaho football star who now teaches English to college students in Saudi Arabia. He was headed to Saudi Arabia on a scholarship in 2003 when federal agents arrested him at Dulles International Airport.

The sworn statement the FBI submitted to justify the warrant had important errors and omissions. The $5,000 one-way, first-class seat that the agents said al-Kidd purchased was, in reality, a coach-class, round-trip ticket. The statement neglected to mention that al-Kidd had been cooperative or that he was a U.S. citizen with a wife and children who also were American.

Al-Kidd was never called to testify in the terrorism-related trial for which he was ostensibly needed, as was the case with roughly three dozen men, almost all Muslims, who were arrested and held in the months and years after Sept. 11 under the material witness statute.

The lawsuit against Ashcroft, attorney general from 2001 to 2005, stemmed from comments he made shortly after 9/11 that the government would preventively detain people suspected of terrorist ties, even if it had no evidence they committed a crime.

The 9th U.S. Circuit Court of Appeals in San Francisco, in allowing the lawsuit against Ashcroft to go forward, said using the material witness statute as a pretext to detain someone was a violation of the Fourth Amendment.

Justice Antonin Scalia's opinion for the court rejected that argument "We hold...that Ashcroft did not violate al-Kidd's Fourth Amendment rights," Scalia said. The five justices in the majority on this aspect of the decision are all Republican appointees.

But one of those justices, Anthony Kennedy, wrote separately to stress the narrowness of the decision. Kennedy said the case left unresolved how broadly the government may use the material witness statute, which has existed in one form or another since 1789.

Justices Stephen Breyer, Ruth Bader Ginsburg and Sonia Sotomayor said they would have resolved the case solely on the ground that Ashcroft could not be sued, whether or not al-Kidd's arrest violated the Constitution.

Sotomayor said no previous case involving allegedly unlawful arrests "involved prolonged detention of an individual without probable cause to believe he had committed any criminal offense."

Ginsburg said al-Kidd's "ordeal is a grim reminder of the need to install safeguards against disrespect for human dignity, constraints that will control officialdom even in perilous times."

Al-Kidd's case was the latest involving national security matters in which Justice Elena Kagan did not participate because she worked on the issue when she was solicitor general.