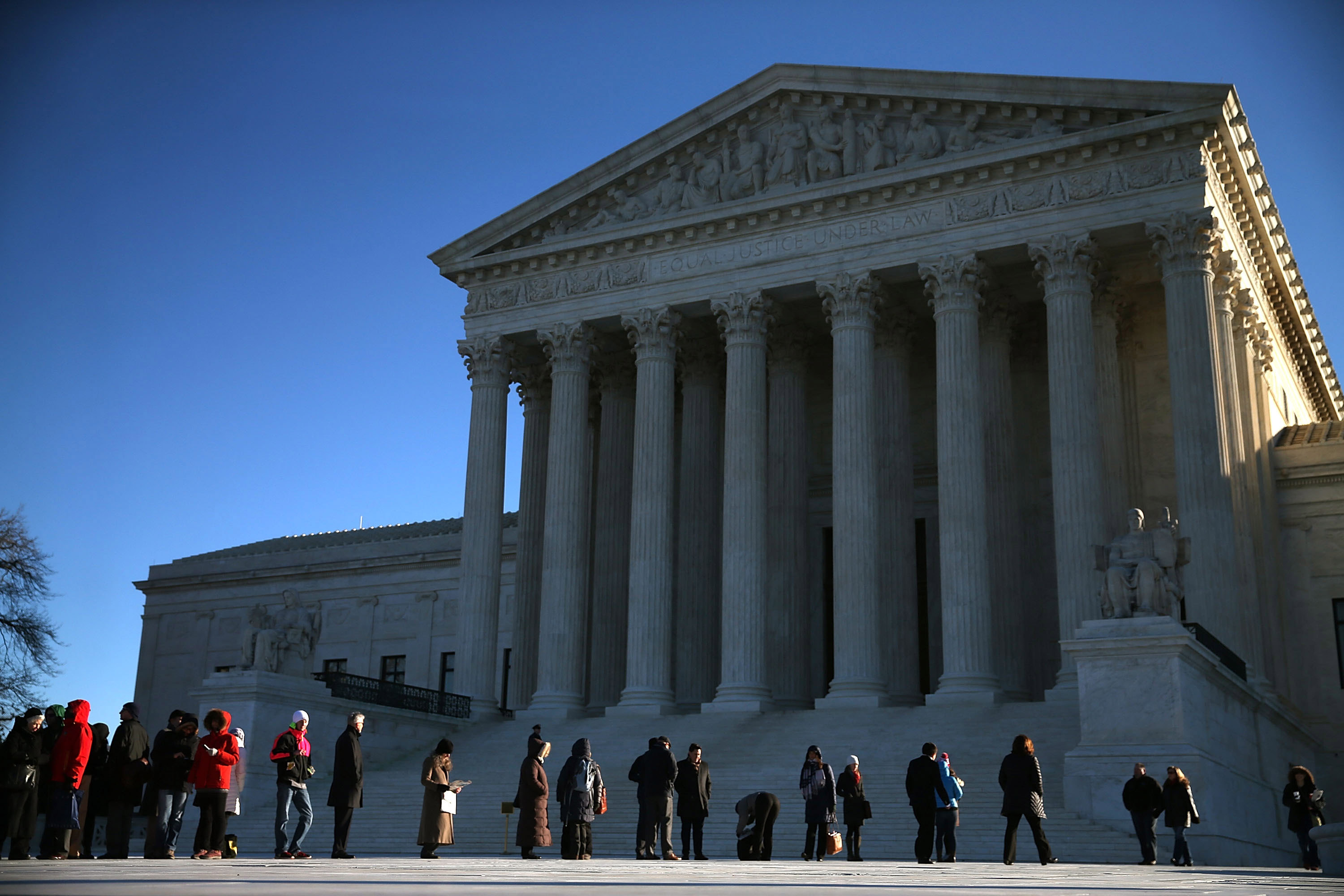 A unanimous Supreme Court ruled Monday that states can count everyone, not just eligible voters, in deciding how to draw electoral districts.

The justices turned back a challenge from Texas voters that could have dramatically altered political district boundaries and disproportionately affected the nation's growing Latino population.

The court ruled that Texas' challenged state Senate districting map, using total population, complied with the principle of "one person, one vote," the requirement laid out by the Supreme Court in 1964 that political districts be roughly equal in population.

The issue, though, was what population to consider: everyone or just eligible voters.

The challengers said the districts had vastly different numbers when looking at eligible voters, in violation of the Constitution.

"Jurisdictions, we hold, may design state and local legislative districts with equal total populations; they are not obliged to equalize voter populations," Justice Ruth Bader Ginsburg said, summarizing her opinion for the court.

Ginsburg said that "history, our decisions and settled practice in all 50 states and countless local jurisdictions point in the same direction."

Two rural Texas voters challenged the use of total population data in drawing state Senate districts because they said it inflates the voting power of city dwellers at their expense.

In Texas, and other states with large immigrant populations, urban districts include many more people who are too young, not citizens or otherwise ineligible to vote. Civil rights groups said forcing states to change their method of constructing districts would have damaged Latino political influence.

The court stopped short of saying that states must use total population. And it also did not rule on whether states are free to use a different measure, as Texas asked.

Ginsburg said the court was not resolving whether states may use voter population.

Richard Hasen, an expert in election law at the University of California at Irvine law school, said, "A contrary ruling would have shifted power to Republican, rural districts, and away from Democratic urban areas."

Edward Blum, whose Project on Fair Representation backed the lawsuit, said he was disappointed in the outcome, but predicted that "the issue of voter equality in the United States is not going to go away."

Though the justices were unanimous in upholding Texas' use of total population, Justices Clarence Thomas and Samuel Alito declined to join Ginsburg's opinion.

Thomas said the Constitution gives the states the freedom to draw political lines based on different population counts. Referring to the 1964 case of Reynolds v. Sims, he said the high court "has never provided a sound basis for the one-person, one-vote principle."

Alito objected to Ginsburg's reliance on the Constitution's prescription for using the once-a-decade census to divvy up seats in the House of Representatives among the states. Alito said the history of congressional representation was the product of political compromise. "It is impossible to draw any clear constitutional command from this complex history," he said.