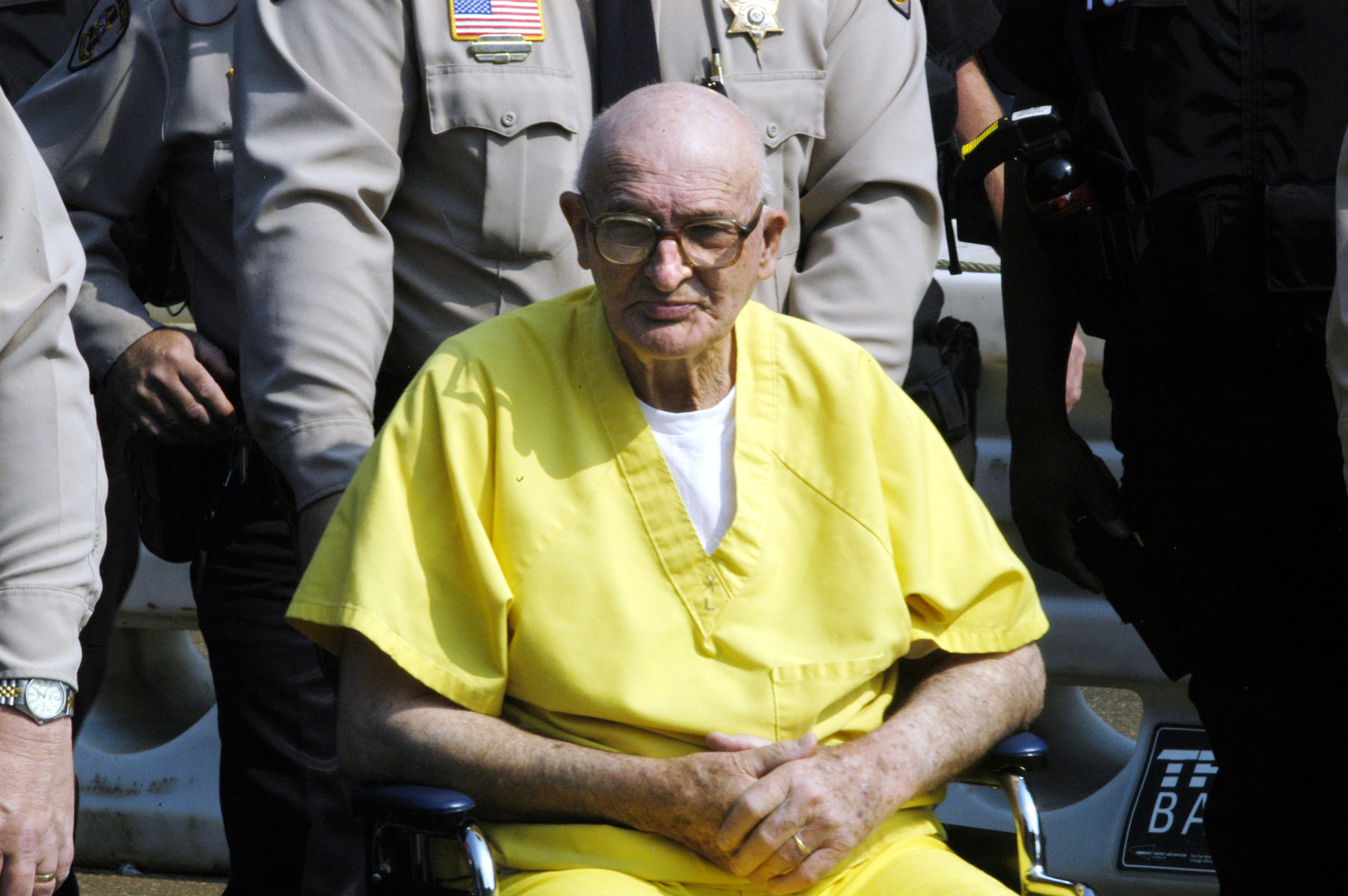 JACKSON, Miss. The U.S. Supreme Court on Monday rejected an appeal from Edgar Ray Killen, convicted of manslaughter in 2005 for the 1964 slayings of three civil rights workers in what became known as the "Mississippi Burning" case.

The decision means the justices won't review lower-court rulings that found no violations of Killen's constitutional rights during his trial in Mississippi.

Killen, now 88, a former sawmill operator and one-time Baptist preacher, was convicted of manslaughter on June 21, 2005, 41 years to the day after the deaths of Michael Schwerner, James Chaney and Andrew Goodman. He is serving 60 years in a Mississippi prison.

"We, as a family, are very pleased with that rejection and we were rather surprised that (the appeal) was even being considered," the Rev. Julia Chaney Moss, Chaney's sister, said Monday in a telephone interview.

"I wish the best for Mr. Killen and his family, whatever that can be," she said.

In 1964, Schwerner and Goodman, two white men from New York, came to Mississippi as part of Freedom Summer and teamed up with Chaney, a young black Mississippian, to help register black voters. They were ambushed by members of the Klan in Neshoba County and killed before being buried in an earthen dam. Their bodies were found weeks later after an intense search.

The deaths were dramatized in the 1988 movie "Mississippi Burning."

Killen's attorney, Robert Ratliff of Mobile, Ala., did not immediately respond to a phone message Monday.

Killen's lawyers raised several arguments in his appeals, including that his defense team didn't do a good job in representing him at trial in Neshoba County.

They also argued that his constitutional rights were violated by the decades-long delay between the deaths and his indictment, by variances between the charges in the indictment and the jury's verdict, and by prosecutors' alleged failure to turn over evidence that could prove his innocence.

U.S. District Judge Henry T. Wingate in Jackson, Miss., and the 5th U.S. Circuit Court of Appeals both rejected Killen's appeals before the case went to the U.S. Supreme Court.

In 1967, seven men were convicted of federal charges of violating the civil rights of the men killed. None served more than six years in prison. The trial for Killen on the federal charges ended in a hung jury.

Killen, once a part-time preacher, was the only person indicted in 2005 when prosecutors brought the first state charges. He was indicted on murder charges but jurors were given the option to convict him of manslaughter, which they did.