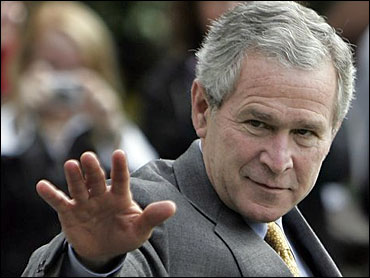 When we last left the Supreme Court, in June, the Justices were declining to get involved in the Elian Gonzalez case while issuing a number of important rulings on issues ranging from abortion rights to Boy Scout policies.

Now the court is back for the 2000-2001 term, and while no single case sticks out as particularly more momentous than any other, it doesn't necessarily mean that the Justices won't be tackling some fascinating and important issues over the next few months.

One big theme of the court's term will be the Fourth Amendment and the scope of its prohibitions against unreasonable searches and seizures.

Consistent with its slight tilt to the right, the court in recent years has generally narrowed the protections afforded by the Fourth Amendment, and thereby extended the authority of law enforcement; but several cases this term may challenge that trend.

Right off the bat, for example, during the first week in October, the court will hear two Fourth Amendment cases with profound practical and social consequences.

In the first case, the Justices will decide whether sobriety checkpoints in Indianapolis are constitutional or an unlawful extension of police powers. The cops say that the checkpoints are a reasonable way of "sniffing out" suspects transporting narcotics.

The American Civil Liberties Union and a federal appeals judge argue that Indianapolis has failed to sufficiently identify any "probable cause" or "articulable suspicion" to justify stopping any particular car in these circumstances.

A ruling against law enforcement in the case could jeopardize similar checkpoints in every state in the union.

In the second search and seizure case, the court will decide whether the Fourth Amendment rights of pregnant women in South Carolina were violated when they were tested for cocaine, without their knowledge, by hospital personnel who then turned over the results to law enforcement. The women (all but one of whom are African-American) were then arrested.

Law enforcement defends its actions by arguing that the hospital's testing policy was designed to help pregnant drug users get drug counseling. The women who have challenged the practice claim instead that the hospital conducted an illegal search and that they were given "lesser constitutional rights" because they were pregnant.

The case has generated a lot of controversy, for obvious reasons, and has created many of the same alliances and legal positions, generally seen lately in abortion rights cases. If you are looking for one particular case to generate a lot of heat this term, Ferguson v. City of Charleston is probably the one.

Two other fourth amendment cases will also come before the court before the holiday break. In Illinois v. McArthur, the court will decide whether law enforcement violated the rights of a person who was kept out of his home for two hours while the police were obtaining a warran to search the premises.

And in Atwater v. Lago Vista, the court will rule on whether Gail Atwater's rights were violated when she was jailed after a routine traffic stop.

Together these four cases, and at least one other Fourth Amendment case scheduled to be argued next spring, will likely establish important new guidelines in this area for decades to come.

There also are several important environmental cases this term. In Solid Waste v. Army Corps of Engineers, the court must decide whether the Army can assert jurisdiction over intrastate waters, over the objections of a municipal group, to protect migratory birds.

And in Browner v. American Trucking Associations, the Court will determine whether the Environmental Protection Agency exceeded its congressional authority when it set new air quality standards.

In the Solid Waste case, a decision in favor of the army likely will encourage other federal moves to protect state areas.

And in the American Trucking case, a decision in favor of the EPA likely will mean much tougher air quality standards in the years to come.

Finally, the court will decide whether Alabama (and by extension all other states) are immune from liability under the Americans with Disabilities Act, the Rehabilitation Act and the Family Medical Leave Act.

Alabama argues that it is immune from liability under the 11th Amendment, which generally protects states from liability unless they consent to it. The feds argue that congress effectively abolished state immunity from these sorts of lawsuits.

This decision will have enormous ramifications because so many workers (so many potential ADA plaintiffs, in other words) are employed by state governments and agencies around the country.

Meanwhile, in a longer-term preview of coming attractions, the Supreme Court decided last week to hear several interesting cases during its spring term.

Foremost among these accepted cases is Casey Martin's legal fight with the PGA Tour over whether Martin has a legal right to ride in a golf cart between shots.

The court also agreed to hear an Alabama case which involves a dispute over whether private citizens can invoke a federal anti-bias law to require the state to offer driver's license tests in languages other than English.

The high court will tackle a Montana case next term which has split the lower federal courts over whether prison inmates have a constitutional right to offer legal advice to other inmates.

And the court will continue its Fourth Amendment theme for the term by deciding whether thermal imaging used by police to detect illegal drugs or weapons represents an unconstitutional invasion of privacy. Arguments in these cases are expected early next year, with decisions due before the justices leave for their next summer break.
I wish I could offer reasonably accurate predictions about the outcome of these cases but I can't. The issues are so complex, and the legal pilosophies of the justices are so diverse, that any such predictions wouldn't be worth the paper they are written on.

But I can tell you that there probably will be as many 5-4 votes as there were last term, proving again that the margin for error with this court is as slim as it can be.