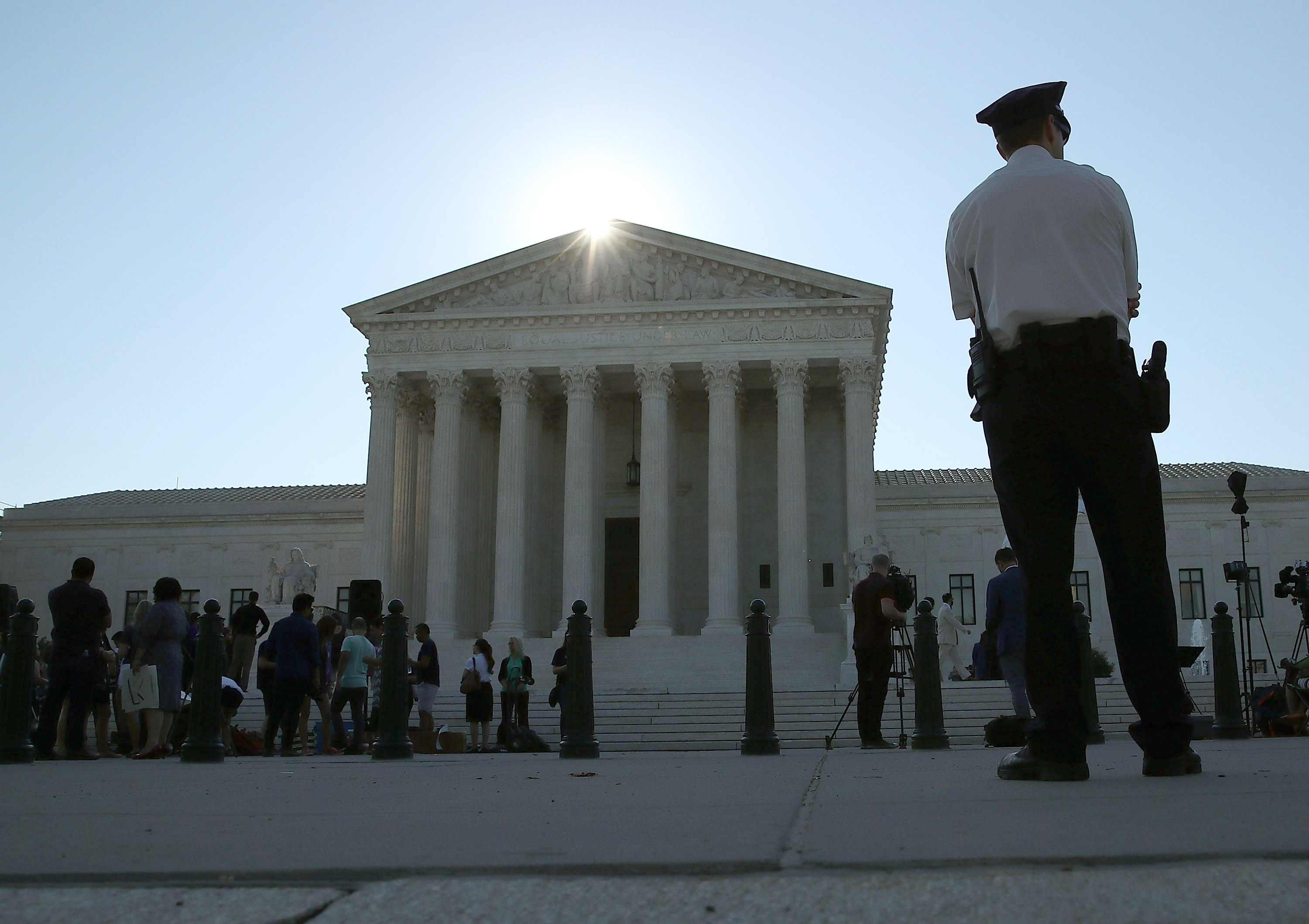 WASHINGTON -- The Supreme Court seems sympathetic to a Mexican immigrant facing deportation after he was convicted of having consensual sex with an underage girl.

The case before the justices on Monday involved Juan Esquivel-Quintana, a lawful permanent resident who had sex with his 16-year-old girlfriend when he was 20 and 21 years old.

That was a violation of California law, which criminalizes having sex with anyone under 18 if the age difference is more than three years. Federal officials later moved to deport him, but Esquivel-Quintana says his conduct would have been legal under federal law and the laws of 43 other states that are less strict.

The case comes at a time when the Trump administration has pledged to step up enforcement of the nation’s immigration laws, including its ability to deport people who commit crimes.

At issue is what happens when immigration laws are unclear and whether courts should defer to immigration officials in interpreting criminal laws that are vague.

Several justices seemed reluctant during arguments in the case to defer to the government when it comes to criminal enforcement.

Justice Elena Kagan said it didn’t seem right to flesh out immigration law using the strictest state law available. She said the case was “like a freshman in college going out with a junior in college.”

Justice Anthony Kennedy said courts normally defer to federal agencies to interpret the laws they enforce, but questioned whether that extends to criminal laws.

But Justice Samuel Alito said it looked like a classic example of Congress realizing there are a variety of state laws covering sex abuse and leaving it up to the attorney general to decide how far federal immigration law should go.

Esquivel-Quintana moved to the United States with his family when he was 12 and became a lawful permanent resident. He pleaded no contest to the California charges and was sentenced to 90 days in jail.

When he moved to Michigan, the federal government began deportation proceedings. Immigration officials said he was convicted of “sexual abuse of a minor,” an offense that subjected him to deportation under immigration laws.

An immigration judge said he should be deported and the Board of Immigration Appeals agreed. A divided federal appeals court affirmed that ruling.

Arguing for Esquivel-Quintana, lawyer Jeffrey Fisher said it would be unfair to punish his client for actions that are legal in most of the country. He said it would be a “dramatic departure” to defer to the board’s interpretation of a criminal statute.

Justice Department attorney Allon Kedem, representing the Trump administration, said drawing a line in the case was “very difficult” and called it a “strong reason to defer to the board.”

Justice Sonia Sotomayor said that many civil laws also include criminal sanctions. She seemed concerned about a broad ruling that might whittle away the principle that courts defer to federal agencies.

But Justice Stephen Breyer noted that when Congress passed the immigration statute in the mid-1990s, there was a federal law on the books defining sexual abuse of a minor that would not cover Esquivel-Quintana. Why not just assume Congress intended the immigration law to have the same definition -- “end of case,” he said.

A ruling is expected by the end of June.