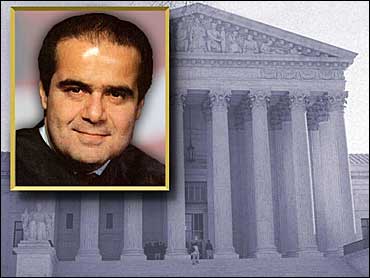 The Supreme Court ruled unanimously Wednesday that states can force HMOs to open up their doctor networks, upholding a practice used in about half the states to give patients broader health care choices.

The ruling is a blow to managed care, which argued that it saved money by having doctors and hospitals under exclusive contracts to serve patients enrolled in one plan. Doctors and hospitals would agree to accept lower fees in return for a guaranteed stream of patients.

Justice Antonin Scalia, writing for the majority, said that Kentucky laws are allowed under a federal health care regulation.

Under such rules or laws, managed care or insurance companies must accept health care providers — physicians, pharmacists or specialists like nurse practitioners. Providers have to agree to the insurer's reimbursement rates and contract terms.

CBS News Legal Analyst Andrew Cohen reports the Supreme Court has signaled "legislators around the country that these sorts of laws are valid and that states can take a more proactive role in the relationship between HMOs on the one hand and doctors and patients on the other.

"This is good news for doctors and patients because it means more choices for both, but it probably will mean increased HMO premiums as the managed care industry tries to offset the losses it says it will now incur."

The 1994 Kentucky law was challenged by a group of HMOs and an industry trade association. Kentucky's statute is known as an "any willing provider" law. Some states have laws that only affect hospitals or pharmacies, and some have such laws which apply to all health care professionals.

Industry lawyers had argued that such laws increase administrative costs, make it harder for HMOs to monitor quality, and jeopardize deals that health plans have made with providers.

The case turned on whether a Kentucky HMO law is regulating insurance, as states are allowed to, or regulating employee benefits, which is an area reserved for Congress. Justice Antonin Scalia said such regulation was permissible under the law.

"By expanding the number of providers from whom an insured may receive health services, AWP (any willing provider) laws alter the scope of permissible bargains between insurers and insureds in a manner similar to the mandated-benefit laws we upheld" before, Scalia said.

He said "no longer may Kentucky insureds seek insurance from a closed network of health-care providers in exchange for a lower premium."

The Bush administration had asked the court to uphold the Kentucky laws.

The case brought up a common complaint about managed care plans: People want to be able to see their favorite physicians even if they are not in their network.

During the argument in the case in January, justices talked about pregnant women forced to see a different in-network physician because of a health plan change and the limited choices of people who want to see a chiropractor rather than a doctor.

The case is Kentucky Association of Health Plans v. Miller, 00-1471.