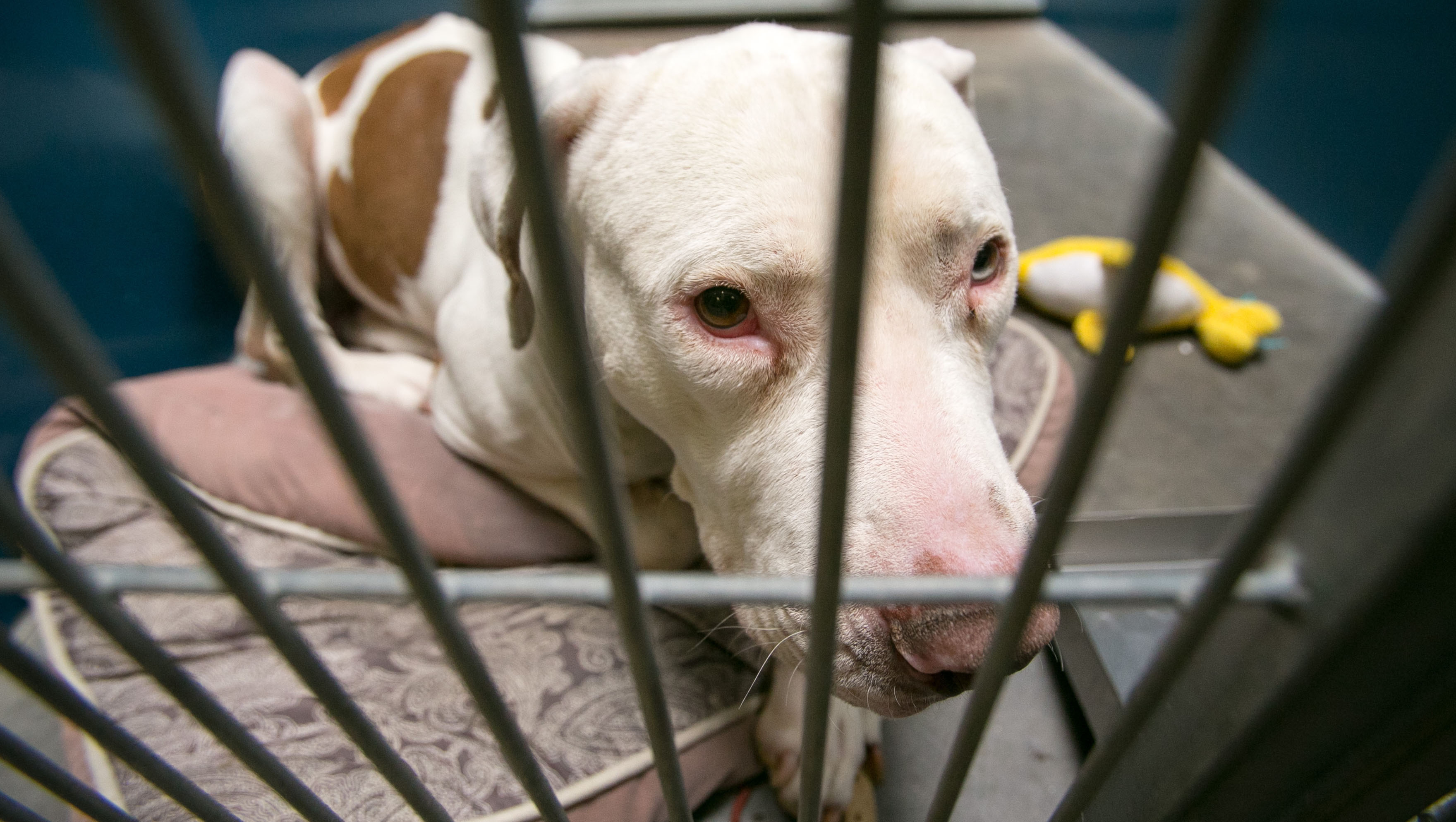 PHOENIX - A dog that mauled a 4-year-old Phoenix boy has received thousands of pleas for mercy through a Facebook campaign ahead of a court hearing to decide his fate.

A municipal court judge could rule at a March 25 hearing on whether Mickey, a pit bull that bit Kevin Vicente in the face, should be euthanized. Kevin received injuries that will require, according to doctors, months and possibly years of reconstructive surgeries.

Since the Feb. 20 attack, Mickey has become the object of a Facebook page that has gotten more than 40,000 likes and an online petition to spare his life.

Supporters say the campaign doesn't mean they value the dog's life above the child's.

"This is not Kevin versus Mickey," said attorney John Schill, who is representing the dog in the court petition. "Having Mickey killed is not going to take away Kevin's pain or injuries. The only thing this is going to do is kill a poor, innocent dog."

Pit bulls are viewed by some as a dangerous breed, a reputation their fans dispute.

Guadalupe Villa, who was at the scene of the attack, filed the vicious-animal petition to have the dog put down.

"I just looked at all this as this could have been my son, and I don't want it to be someone else," Villa said.

Schill said he is working pro bono at the request of The Lexus Project, a nonprofit that collects money to legally defend canines in danger of being euthanized. The organization has set up a trust for Mickey that has received more than $5,600, he said.

Schill said the person watching Kevin while his mother was at work should be held responsible.

"But for adults involved, this never would have happened," Schill said. "They're trying to put all the blame on Mickey."

Villa, whose boyfriend's mother was baby-sitting Kevin the day of the attack, said her friend is not to blame.

"She took amazing care of that little boy," said Villa, who claims in the petition that Mickey killed her dog last year.

According to Villa, Kevin picked up a bone lying on the ground near the dog, which was kept on a chain. That's when Mickey suddenly attacked Kevin, Villa said.

Villa said she can't understand the Facebook attention and doesn't see Mickey as a victim.

Kevin was hospitalized at Maricopa Medical Center with a broken eye socket, cheek bone and lower jaw bone, according to doctors.

Dr. Salvatore Lettieri, a Mayo Clinic physician and chief of cosmetic surgery at Maricopa Medical Center, said he was able to fix the broken bones and reattach the muscles that allow Kevin to open and close his eye.

"He still can't open his eye. We'll need to fix the tear duct drainage system - that is if he makes tears," Lettieri said.

Kevin left the hospital after a week with a breathing tube in his throat and another tube to feed him through his nose since he can't yet swallow properly, according to Lettieri.

A family friend said a fundraising website has received about $6,000 in donations for Kevin. The Maricopa Health Foundation also established a website that has received 50 donations.

The social media support for Mickey doesn't indicate that people care more about a dog than a child, Harold Herzog, a psychology professor at Western Carolina University who studies animal interaction.

He said it's likely that lovers of pit bulls, specifically, are driving Mickey's Facebook following. Pit bulls have been saddled with a bad rap - fair or not - of being one of the most dangerous dogs. A lot of that reputation is thanks to other mauling cases, Herzog said.

"I don't think this reflects that people like dogs more than they like kids. It's a reflection that ... this is yet another instance of their breed getting blame for something it didn't do," Herzog said. "'Blame the deed, not the breed.'"

Support for Mickey intensified after an employee at the Maricopa County Animal Control and Care Center, which has custody of the dog, wrote on Facebook that Mickey was "going night night."

Melissa Gable, a center spokeswoman, said the employee will face administrative action but declined to elaborate.