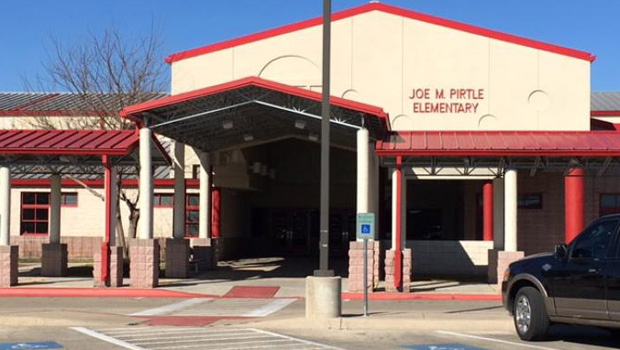 TEMPLE, Texas - A Central Texas school administrator has apologized to the family of an 8-year-old boy who was briefly handcuffed by a police officer trying to calm him.

The boy's stepfather says the second-grader's behavior at school on Tuesday is a reaction from medication he takes for attention deficit disorder.

CBS affiliate KWTX reports that on Tuesday afternoon school officials summoned Temple police to Pirtle Elementary. According to a police press release, an officer was sent in response to a report that "teachers were having a very difficult time controlling a second grade student who was later determined to be experiencing an emotional crisis."

The incident report said the boy was making fun of students during lunch. When teachers tried to move him to another table, he refused, shoving trays and throwing chairs. Sent to the principal's office, he continued to scream and throw items.

"The officer noticed that the teachers were visibly shaken and overwhelmed with the ongoing emotional crisis of the student and unsure of what steps needed to be taken," Officer Shawana Neely said.

When the officer's attempts to calm the 4-foot-2 youngster were unsuccessful, Neely said the boy was placed in handcuffs, to prevent the student from injuring himself or others. Because the restraints were adult-size, they kept falling off, so the officer stayed with the student until his family arrived.

"While it is not our standard practice to place a student in restraints, the officer felt it necessary in order to prevent the possibility of injury to the student and staff," Neely said.

Police are reviewing the situation and consulting with the Belton ISD on the best way to handle a student experiencing a similar emotional crisis, Neely said.

The Belton ISD said that it's not the district's policy to call police to deal with an unruly elementary student.

The boy's parents told KWTX that they hope the district and Temple Police Department create a policy that will help avoid situations like this from escalating again.