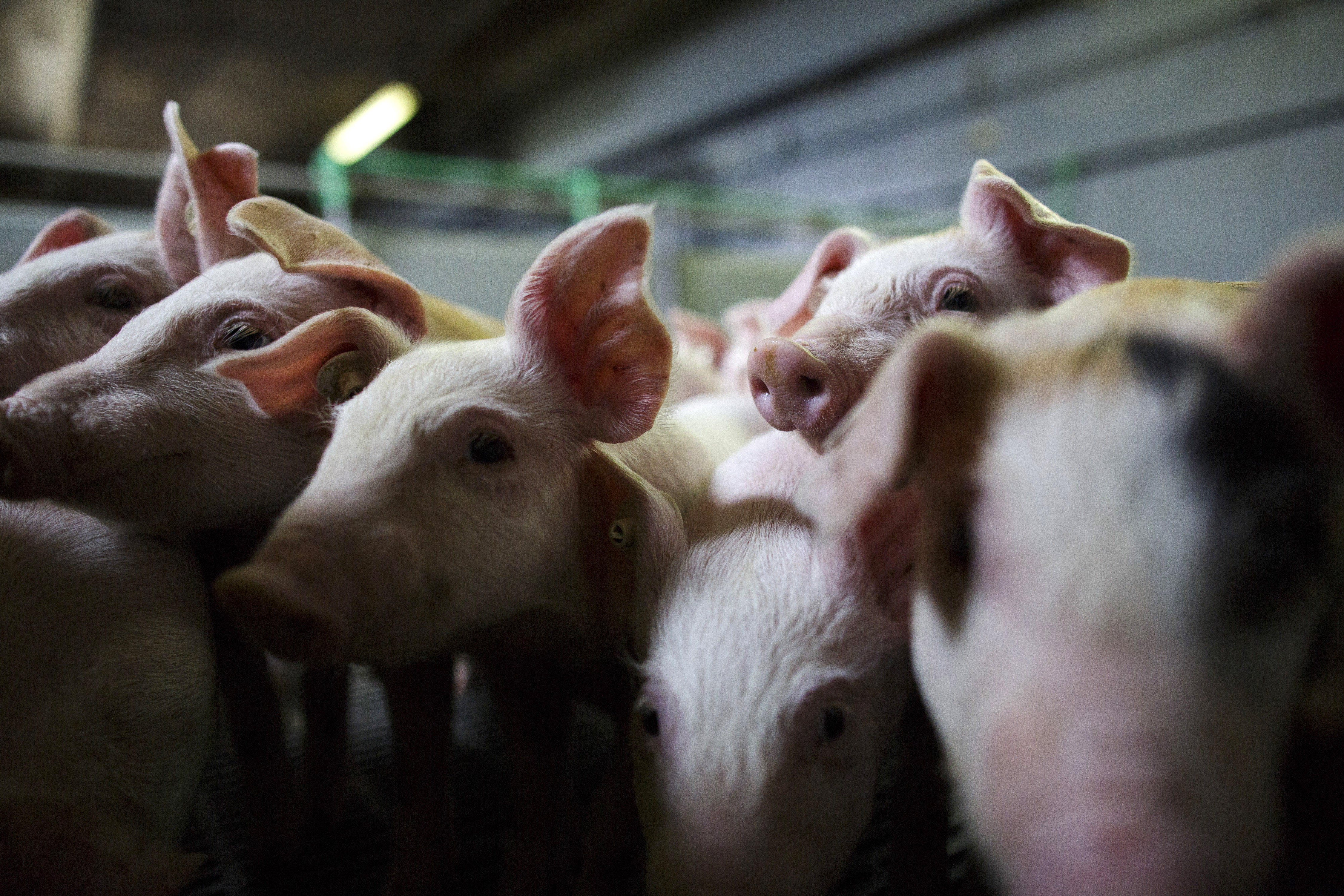 The drugs at issue are the carbapenem class of antibiotics. In hospitals, such drugs are considered a last line of defense against hard-to-treat bacterial infections.

In the United States, carbapenem antibiotics have been banned for veterinary use, to minimize the risk that antibiotic resistance might develop among animals and spread to humans. And though it has already been identified among European and Asian livestock, there had been no indication of a resistance problem on American farms until now.

But, following a five-month screening of a single American pig farm in 2015, researchers concluded that carbapenem resistance has in fact gained a foothold in U.S. livestock.

“For now, we think that this is a rare and unusual occurrence,” said study author Thomas Wittum. He is chair of the department of veterinary preventive medicine at Ohio State University’s College of Veterinary Medicine in Columbus.

“We hope that we have caught it early enough to stop it from spreading,” he added.

“[But] the risk to the public is that these are food animals that will someday enter the food supply as fresh pork products,” Wittum explained.

“While we didn’t find any evidence that that has occurred on this particular farm, it is a potential concern,” he said. “We want to be sure that multidrug-resistant bacteria like these are never present in food, and one way to do that is to be sure that they are not introduced onto our farms.”

Before this latest investigation, the U.S. Centers for Disease Control and Prevention had already marked the rise of carbapenem-resistance as an “urgent threat.”

Some examples of carbapenems include Doribax (doripenem), Primaxin (imipenem) and Merrem (meropenem).

In the study, researchers focused on one commercial farm that had been exclusively breeding its own line of swine livestock for half a century.

Bacterial swabs and fecal samples were collected from the walls and floors of pig pens, and from among the 1,500 pigs themselves.

In the end, bacterial analyses uncovered the presence of a specific carbapenem-resistant gene called blaIMP-27.

Though not widespread, the gene was found on a particular type of DNA fragment known for its ability to easily move from species to species.

Still, the gene was primarily located in the breeding enclosure environment, rather than among pigs being fattened for slaughter, and the research team found no indication that it had actually entered the U.S. food supply.

As to its original source, Wittum had a simple but troubling answer: “We don’t know.”

“The spread of this particular resistant strain on this farm may be related to antibiotics used to treat sick pigs, for the same reason that resistant bacteria like these are present in human hospitals because of the way we treat sick people with antibiotics,” he said.

“We can’t just stop treating the sick pigs with antibiotics because of the negative impact that would have on animal welfare. But it might be possible for the farm to use antibiotics in different ways to stop the spread of this particular strain,” Wittum suggested.

The researchers reported their findings Dec. 5 in the journal Antimicrobial Agents and Chemotherapy.

Elizabeth Scott, chair of the department of public health at Simmons College in Boston, said that while the findings aren’t surprising, the risk is real.

“It is hugely concerning, because antibiotic resistance is an increasingly serious threat to global public health,” she said.

“Although some experts think that it is already too late, and that we are living in a post-antibiotic era, I believe that there are still things that can be done to minimize the risk,” added Scott.

These steps could include: “banning the use of antibiotics as animal-growth promoters; using veterinary antibiotics to treat only sick animals; adopting smart antibiotic-prescribing in human medicine; and generally reducing the number of antibiotics being prescribed,” Scott said.

“Also, we can help to minimize the risk of acquiring an infection in our daily lives by adopting good hygiene practice, including personal and domestic hygiene to reduce the risk of community-acquired skin, respiratory and gastrointestinal infections,” she suggested. Scott also serves as co-director of the Simmons Center for Hygiene and Health in Home and Community.