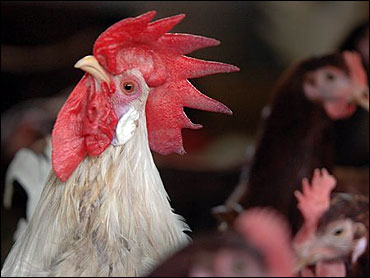 If rain doesn't intrude on the sunniest Wimbledon in years, Centre Court will be a showcase of impassioned clashes beginning with Britain's Tim Henman trying to avenge a Davis Cup loss to Courier.

John McEnroe caught the mood of that much anticipated match, and fanned some flames, by accusing Henman and his teammates of choking against Courier in the Davis Cup two months ago on an indoor court in England.

Henman said he Â"desperately" wants to beat Courier, and the American said he's eager to feed off the energy of a crowd that will be against him from the start.

Courier was hospitalized and given an intravenous drip for dehydration during his five-setter Friday. He said he's completely recovered.

Venus Williams and Anna Kournikova, the two most photographed and followed women in the tournament, will be up next on Centre Court.

Â"Tell Anna that I like grass,Â" Williams said after hearing that Kournikova disparaged her chances to win Wimbledon.

Becker, the 31-year-old three-time champion back for his last hurrah, then takes on Patrick Rafter, the two-time U.S. Open champion, in a duel of classic serve-and-volleyers.

Â"I'm not here to play halfway,Â" Becker said. Â"It's all or nothing. That's the way I've been playing all my career.Â"

One of the other themes of the first week - the record run of five qualifiers into the round of 16 - will by played out in the Court One stadium, where former champion Andre Agassi starts off against the so-far unbreakable serves of Australian journeyman Wayne Arthurs.

Arthurs has faced only six break points against his serve in three matches, and brushed them all away.

Seven-time women's champ Steffi Graf follows against another qualifier, Kim Clijsters of Belgium, before an ace-a-thon between Greg Rusedski and Mark Philippoussis.

Court 2, the dreaded Â"Graveyard of Champions" where Richard Krajicek was buried by qualifier Lorenzo Manta on Saturday, gets a shot at five-time and defending champ Pete Sampras when he meets Canada's Daniel Nestor.

Court 2 should also be packed for the duel between Dokic and Mary Pierce, after an opening match pitting No. 3 Lindsay Davenport against Barbara Schett.