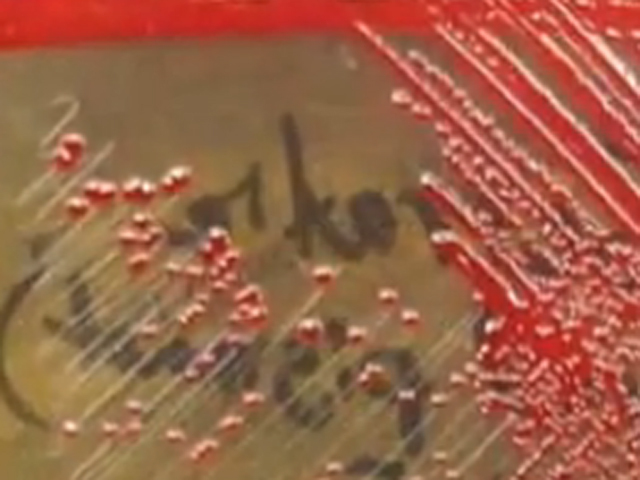 An unavoidable bacterial infection or so-called "super-bug" is suspected of killing nine people this month in Birmingham, Ala.

The nine people, CBS News Correspondent Mark Strassmann reported on "The Early Show," ranged in age from 38 to 94 and were all given a tainted nutritional supplement. However, because the patients were so sick, no one may ever definitely say whether they died from a super-bug infection or from other health issues.

Ten other patients were sickened, but survived, after they consumed the same supplement.

Through the I-V, the bacteria, called "serratia mercescens," often found in water, went directly into the patients' bloodstream. They were all very sick, fragile patients to begin with.

One Birmingham pharmacy, MEDS IV, made all the tainted feeding supplement. The Centers for Disease Control and Prevention is leading the investigation, as it did five years ago, when the same bacteria infected a dozen patients in California and New Jersey.

In the Alabama cases, the bacteria are treatable if detected early. But, they're also part of a class of five deadly bacteria, super-bugs found in hospitals across America, which are now responsible for 60 percent of all intensive care infections, Strassman reported, adding that one-in-20 patients develop these infections. In 2009, it's estimated 50,000 people died.

In the next day or two, lab cultures could show all the affected patients had the same strain of super-bug. But the focus on what potentially caused the bacterial infection is just beginning.

"We heard, all of these patients were critically ill," Ashton said. "Obviously, any patient in an Intensive Care Unit setting could be set up for any type of life-threatening infection."

If the nutritional supplement is to blame, Ashton said, it would have entered the patient's body through what's called a central line or "big I-V."

"All doctors are always on the lookout for that material -- the nutrition -- and the line through with it goes into the body, to become infected," she said. "We call it line sepsis, and they go hand-in-hand. We're going to be looking for contamination of that supplement, as well as the fact that those patients were all critically ill to begin with."

Bacteria, though, are at the center of this investigation. Co-anchor Chris Wragge asked if there are signs to indicate a super-bug involved in an illness.

"It's a very aggressive bacteria," she said. "It's found in many places in the environment, including moist, damp places. Also the intestinal tract. We see it a lot in hospitalized patients, and it is very difficult to treat. It can make you very sick, very quickly, on top of being critically ill. It can really be a setup."

However, if the bacteria is detected in time, Ashton said, it has to be treated quickly with aggressive antibiotics and a new nutrition I-V line before it spreads further.