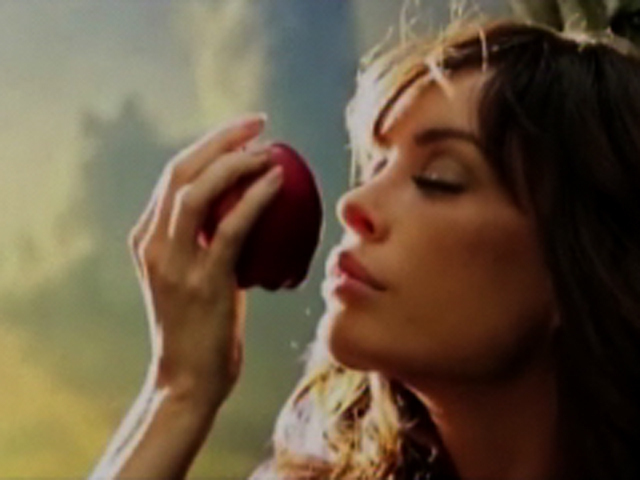 Nothing like a little domestic violence to sell Pepsi MAX.

I know and I'm sorry...but the commercial "Love Hurts" (to the left) is funny.

A crazy wife delivers sporadic beat-downs to her husband and a petite, blonde girl gets knocked out as collateral damage.

The 30-second spot is part of Frito Lay's "Crash the Super Bowl" competition in which an online audience votes on the commercial they'd like to see air the day of the Big Game.

There are 10 finalists to choose from: five commercials for the company's Doritos brand and five for Pepsi MAX.

Here's another gem from the Pepsi MAX roster: "Pssshhhh."

A focus group of women just can't believe the diet soda is calorie-free. I mean, who would with that kind of flavor?

"Psssshhhh,"one responds and the others follow in what becomes the hilarious female version of a pissing contest.

On the Doritos front, the commercial "Adam and Eve" was made with a mere 750 dollars, according to its producer.

Now, it's in the running for a chance at more than a million.

Will Eve's sex appeal carry the ad? Because it sort of has to...Adam's not really pulling in that department.

And finally, I'll turn a spotlight on "The Best Part." I don't want to spoil this for you, but I will ask: shouldn't a food commercial NOT make you want to puke?