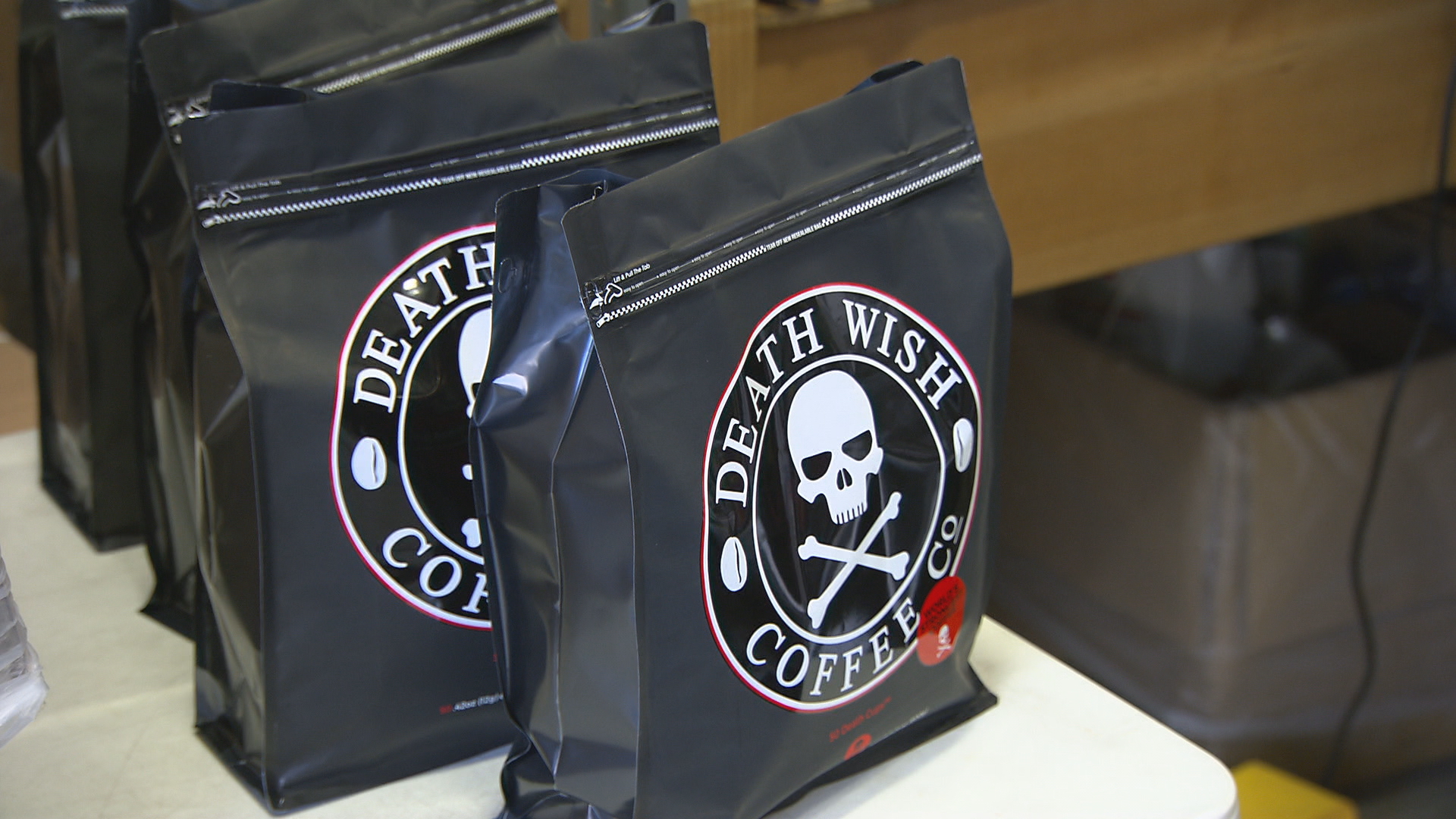 First on "CBS This Morning," you're getting a taste of the Intuit Quickbooks ad for Super Bowl 50.

If you could afford the $5 million for a 30-second spot during the Super Bowl, you're probably not a small business. This year, Intuit Quickbooks sought submissions from small businesses nationwide for the chance to get big business exposure, and that dream came true for the makers of Death Wish Coffee in upstate New York, reports CBS News correspondent Michelle Miller. It's a company that recently expanded to 11 employees to take on what will likely be its greatest challenge.

Something has been brewing at Death Wish Coffee -- call it a taste for success.

"We started in 2012. Every year, year after year since then, we've doubled in size and revenue," Michael Brown said.

Brown started his career in coffee with a small upstate New York shop in 2008.

"My customers came in and they were like, 'Hey, Mike, give me a cup of your strongest coffee.' And that kind of got the gears turning because although we had strong coffee, you know, the dark roasts weren't always the most caffeinated," Brown said.

"It's kind of like Mike's baby. So to watch that baby grow and develop, you know, it's kind of a cool thing," John Swedish said.

Brown hired Swedish, his childhood friend, as the production manager. Because that's what small business owners do.

"What did you know about coffee before you came on board this venture?" Miller asked Swedish.

With a team he can trust and a knack for promotion, Death Wish became a quick hit in the online marketplace and is now a best seller on Amazon.

"I started with just selling a bag of-- about a bag of coffee a week. And now we're selling upwards of a thousand pounds a day," Brown said.

And that was all before winning the small business contest for a Super Bowl ad sponsored by Intuit Quickbooks.

"It's gonna fast forward us about 10 years down the road in about 30 seconds," Brown said.

"So here's the big question. Can you handle it?" Miller asked.

"On my own, with my small, nine-person staff? Probably not," Brown said.

While Brown ramped up production, which included enlisting more roasters in the region, a team from Intuit Quickbooks and RPA Advertising set out to produce the 30-second Super Bowl ad.

"Death Wish coffee is really a revolutionary brand and the ad brings to life the spirit of that brand," said Heather McLellan, vice president of corporate communications at Intuit Quickbooks.

"So after this commercial, how many bags of coffee do you expect to sell?" Miller asked.

"We're attempting to get about a quarter of a million pounds in our distribution centers ready to ship for the day of the big game," Brown said.

With roasting operations now going 20 hours a day, Brown is feeling good about meeting demand. So is his small business sponsor.

"We are very confident Death Wish can handle this. They're really on the cusp of this huge moment and they've been preparing for this for years," McLellan said.

"They've been very hands-on...pretty much every step of the way. I get emails daily," Brown said. "They don't want this commercial to be a hindrance to the business. They want it to help the business."

The Super Bowl ad will soon be seen by more than 100 million people, and for the team at Death Wish, a good amount of coffee drinkers are likely among them.

The ad comes with a high price tag, but so does Death Wish Coffee, costing about $20 a pound. It is a premium coffee and comes with a guarantee to be the strongest brew on earth.