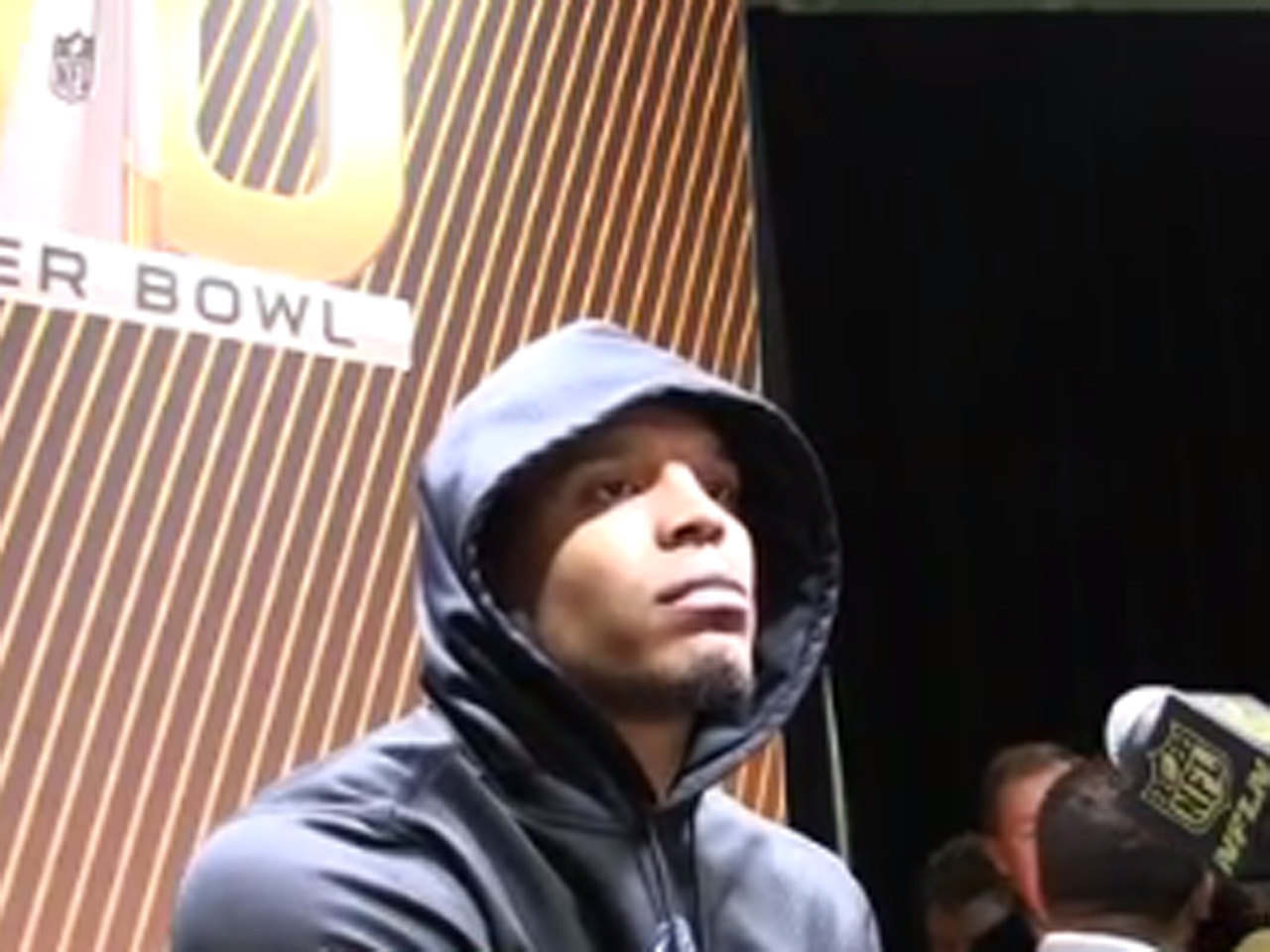 After his Carolina Panthers were upset in Super Bowl 50 by the Denver Broncos, 24-10, star quarterback Cam Newton was hardly a star in his post-game interview.

Newton didn't account for any touchdowns for the first time all season, and was repeatedly frustrated during the game by Denver's stout defense, which tied a Super Bowl record with seven sacks.

"They made more plays than us and that's what it comes down to," Newton said during an interview lasting less than three minutes. "We had our opportunities and it was nothing special that they did. We dropped balls. We turned the ball over. We gave up sacks. We threw errant passes. That's it."

The NFL itself tweeted about it and included video of his session:

CBSSports.com's Will Brinson captured the moment, writing, "A sullen Cam Newton was not remotely interested in speaking with the media after the Panthers lost Super Bowl 50 and abruptly left the podium in the middle of his media session.

"In fairness to Cam, you could hear the Broncos celebrating loudly over a thin barrier. But he's not doing himself any favors with the way he handled an admittedly difficult time.

"Cam's answers consisted of mostly one-word responses like "no" and a discussion about being outplayed."

Brinson added, "He's not required to answer questions with the media and it shouldn't be a hot-take war on Newton because of his responses. But he's probably going to get blasted for something he could've avoided."