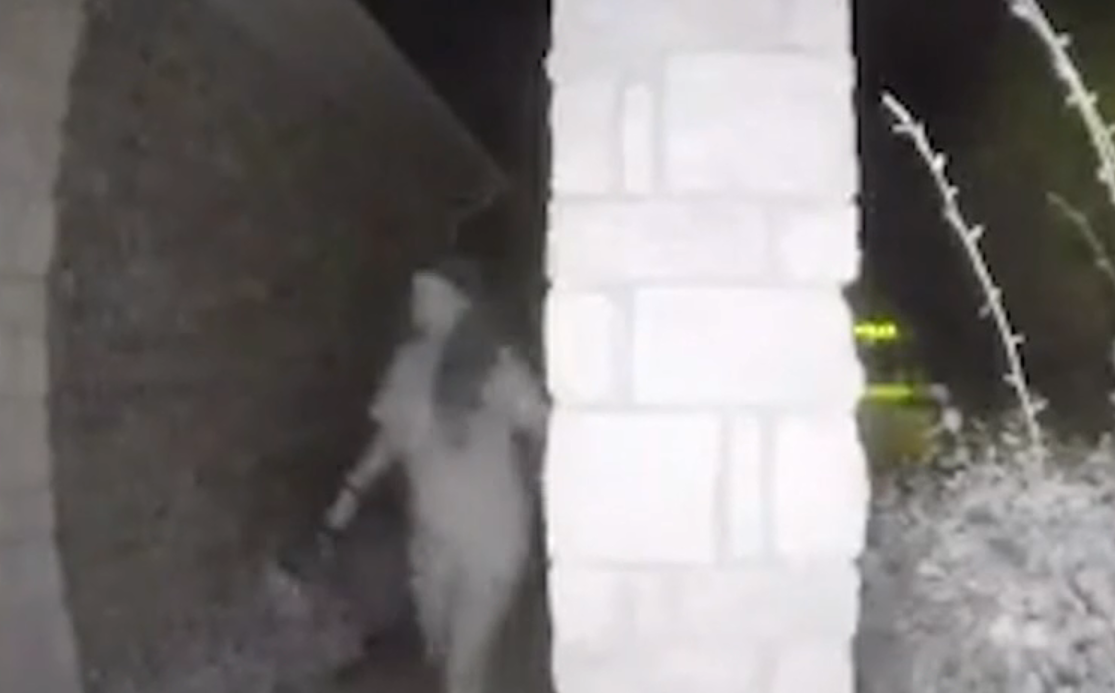 CONROE, Texas -- Authorities in Texas say they've found a woman who was captured on video ringing a doorbell in the middle of the night, her wrists shackled in what appeared to be broken restraints. Her identity is being withhead for now as a domestic violence victim, police said.

Lt. Scott Spencer of the Montgomery County Sheriff's Office says the 32-year-old woman is safe with family out of state. He also says deputies found her 49-year-old boyfriend dead Wednesday morning at a house in a subdivision 46 miles north of Houston. Spencer says he had made suicidal comments in a call to the sheriff's office and had died of a single gunshot wound.

Investigators determined that his girlfriend was the barefoot young woman seen in a nearby resident's security video ringing the doorbell early Friday while wearing a T-shirt and wrist restraints.

It is still unclear why she was ringing doorbells but detectives are working to interview the woman, who they believe to be from the Dallas area, KHOU-TV reports.