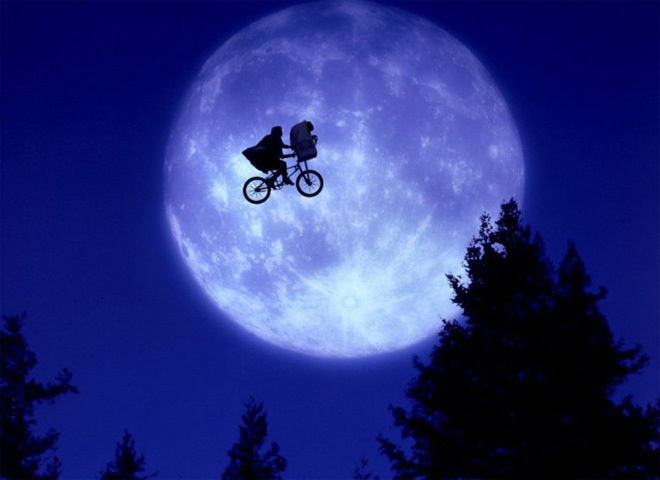 (CBS News) Many critics consider 1982 the best summer ever for movies.

To mark its 30th anniversary, the Alamo Drafthouse Cinema in Austin, Texas, will recreate it by showing all its blockbuster flicks on their original release dates.

They include "E.T.: The Extra-Terrestrial," "Poltergeist," "Star Trek II: The Wrath of Khan," "Conan The Barbarian," "Tron," "Rocky III," "The Road Warrior," "Fast Times at Ridgemont High" and "The Thing."

What made that summer so noteworthy?

"It was the last year, I think, that pretentious, pointy-headed critics like me and the mass audience agreed on everything -- well, almost everything," David Edelstein, film critic for the CBS News broadcast "Sunday Morning" and for New York Magazine, remarked on "CBS This Morning: Saturday."

"It was," Edelstein said, "the last time where you had blockbusters that were personal, that were personal filmmaking. They weren't sort of machine-tooled, they weren't full of CGI (computer-generated imagery), which makes miracles cheap. It was a wonderful, exhilarating summer."

Co-host Jeff Glor asked, "Why can't Hollywood do that these days? It seems like it has to be the massive blockbuster devoid of personality, or the indie (independent) film. You think it's split right around '82 or after?"

"Pretty much," Edelstein responded. "When the corporations and marketing people got in. It's a little bit of a cliche, but the fact is, they will bring in eight screenwriters to punch up the scripts.

"The director will be, in a sense, enslaved by the studio executives, (some of whom) are smart. Most of them don't know what they're doing.

"So, what you get -- movies are kind of (all) the same now. And CGI really depersonalizes a lot of the effects. If you see 'E.T.,' if you see 'Poltergeist,' if you see 'The Thing,' these are really beautifully handcrafted (special) effects in these movies."

To get Edelstein's take on the summer of 1982's blockbusters, click on the video in the player above.

Also, be sure to check out our photo gallery above.

And take our poll at left, to tell us YOUR favorite Summer 1982 film!