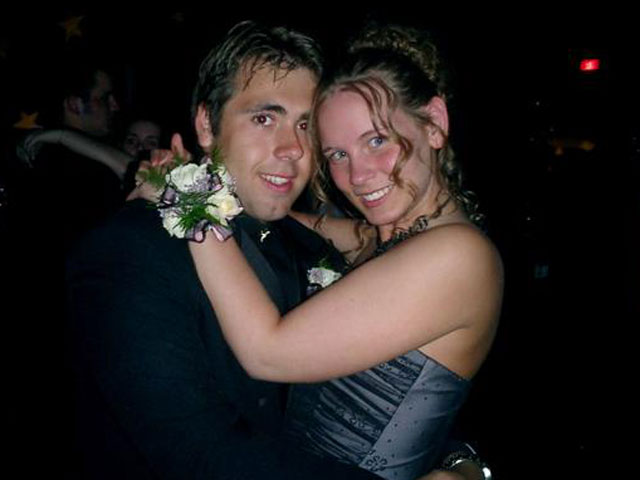 (CBS/WBNS) LOGAN, Ohio - A video that was released Thursday shows a violent outburst from William A. Inman, who is suspected  of the kidnapping and murder of his daughter-in-law Summer Inman.

Summer Inman was found dead on Tuesday night, buried inside a septic tank behind a church.

The video was taken from a police cruiser in December, when deputies evicted the Inmans from their home. The footage shows William Inman, a man who neighbors said controlled his family, lose his temper, reports CBS affiliate WBNS.

Police were called to the house to protect Summer Inman and her boyfriend, the station reports.

According to police, Summer was most worried about her father-in-law, who, in front of deputies, blamed her for the family's problems, reports the station.

Deputy Ryan Cain who was at the scene told the station, "He squared off with me and said ' Don't put your hands on me.' I said, 'Now I've heard you yell at everyone else here long enough you're going to be placed under arrest.' He said 'No, I'm not.' And it just instantly turned into a fight."

Cain had to use a Taser to control William A. Inman, according to the station's reports.

When the deputy heard about the Inmans possibly being involved in the kidnapping and death of Summer, he wasn't surprised.

"William Inman is their leader, like their king. They'll do what he says," Cain said to the station. "They're blinded by loyalty and he's blinded by rage."

William A. Inman, 47, his wife Sandra, 46, and Summer's estranged husband, William A. Inman II, 26, were all charged with kidnapping. Investigators suspect them of being involved in Summer's death but they have not yet been charged.