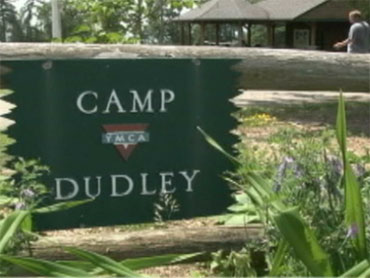 Camp Dudley YMCA in the New York's Adirondack Mountains, the infirmary can often be a busy place.

On "The Early Show" Friday, Ashton said practically all the 300 male campers found a way to pay a visit to the infirmary during her visit.

"You name it, we pretty much have seen it," Kapper told Ashton. "And (we) are pretty much prepared for everything."

But are your kids protected at their camp?

Ashton told "Early Show" co-anchor Maggie Rodriguez you should check with your camp director, camp nurse or physician, about the protocol for medical care before your child attends camp this summer.

In her time at the camp, Ashton and her husband, Dr. Robert Ashton experienced the busy time for the medical staff, from minor sunburns, sprains, rashes and thorns to one significant hip injury.

Ashton said most camp injuries are minor and pretty straightforward. But, she said, sometimes a stomach ache is code for something else: homesickness.

Kapper, who is called the "camp mom" by camp officials, said she can usually tell the difference between the two in 30 seconds.

Kapper said she provides 50 percent medical care and 50 percent mothering to the kids at camp.

Ashton added on "The Early Show", "Camp Dudley's medical staff is on duty 24/7, ready for whatever health or emotional issues come their way."