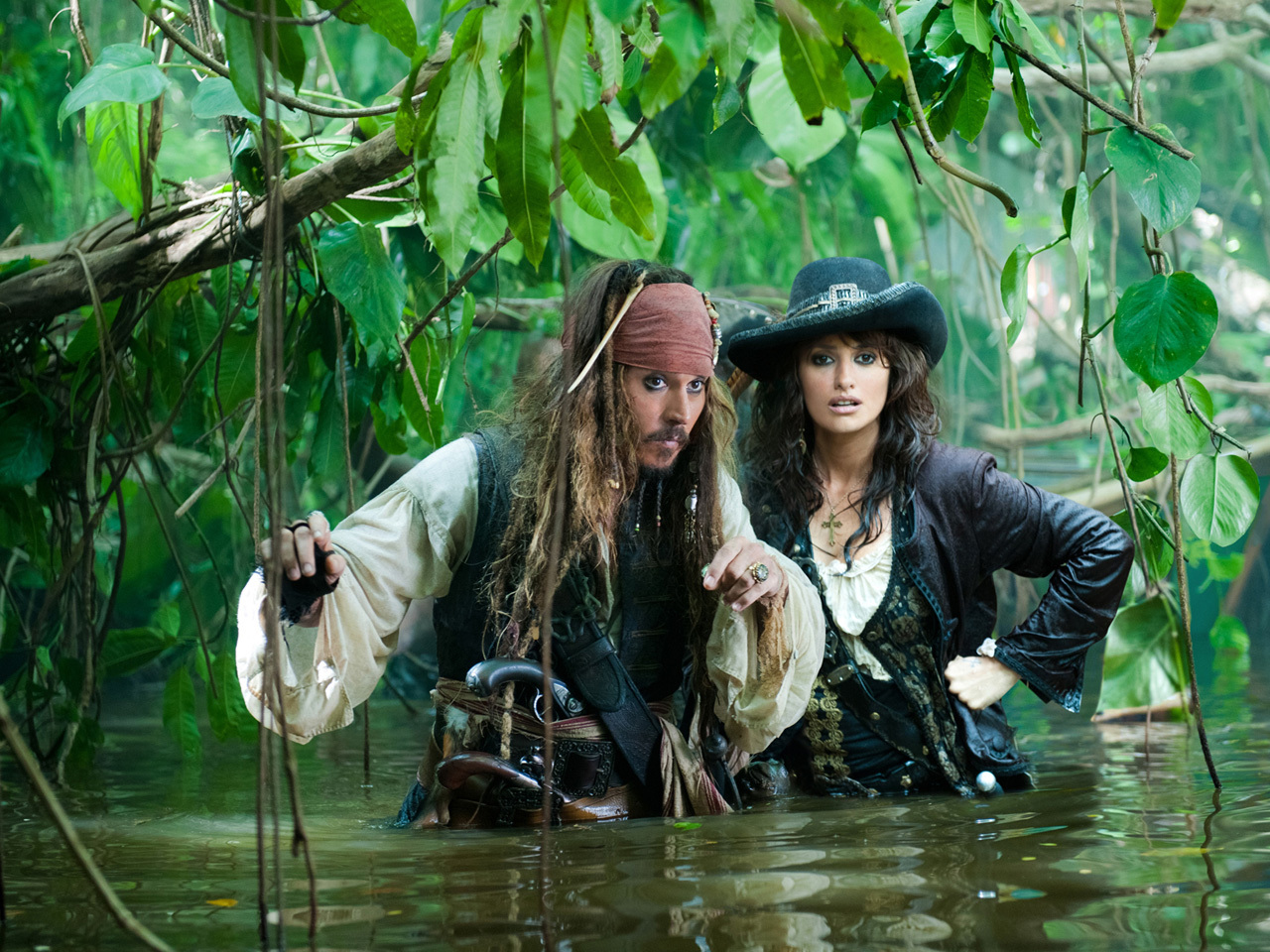 LOS ANGELES - Pirate Jack Sparrow embarks on a new quest. Wizard Harry Potter comes to the end of his saga. And swarms of new superheroes come out swinging.

Add in a third round of giant robots from space, the dawn of a planet of intelligent apes and an alien invasion in the Old West, and Hollywood has one of its most action-packed summers ever in store.

Continuing franchises include Johnny Depp's "Pirates of the Caribbean: On Stranger Tides;" the battling 'bots sequel "Transformers: Dark of the Moon;" and the prequels "X-Men: First Class" and "Rise of the Planet of the Apes."

Daniel Radcliffe, Emma Watson and Rupert Grint head back to Hogwarts one last time for the final showdown between good and evil wizards with "Harry Potter and the Deathly Hallows: Part 2."

The adaptation of J.K. Rowling's finale to her fantasy series was split into two films, the first leaving off with last fall's cliffhanger involving the death match between Harry (Daniel Radcliffe) and dark Lord Voldemort (Ralph Fiennes).

Radcliffe provides a refresher in case anyone has forgotten where things stand.

"There are two concepts that you have to understand. There are seven Horcruxes that we're tracking down. They're pieces of Voldemort's soul that we're going to kill. I'm looking for them, and there are the three Deathly Hallows. Voldemort's looking for those, and it's a race to see who can get to which ones first."

Millions of Potter fans already know the answer, but that should not undermine the film's prospects of becoming the top-grossing installment in a franchise that already has taken in $6.4 billion worldwide.

"Deathly Hallows: Part 2" joins other action franchises that are going the 3-D route for the first time, among them the "Pirates of the Caribbean" and "Transformers" sequels.

"Dark of the Moon" reunites "Transformers" star Shia LaBeouf and director Michael Bay as an event out of Earth's past touches off a new round in the struggle between two warring robot races.

Megan Fox, who co-starred in the franchise's first two movies, is gone this time but other returning cast members include John Turturro and Tyrese Gibson.

After wrapping up the original story line in a trilogy, "Pirates of the Caribbean" returns in a stand-alone story that sends Depp's Jack Sparrow on a hunt for the fountain of youth.

Director Rob Marshall jumped right in on the sword fights and other action in "On Stranger Tides," saying the song-and-dance moves he crafted in such musicals as "Chicago" and "Nine" were good training ground.

"I think a lot of people were surprised I was doing action," Marshall said. "But it's choreography. It's absolutely choreography. So I felt the most at home in the big battle scenes with lots of people there, and working with stunt people who are like dancers. Oddly enough, it was right up my alley."

Superheroes are everywhere this summer, with the stars of "Thor" and "Captain America" making solo debuts before joining the all-star lineup of summer 2012's "The Avengers." That ensemble tale will feature Robert Downey Jr., Scarlett Johansson and Samuel L. Jackson from the "Iron Man" franchise along with Mark Ruffalo as the Incredible Hulk.

"Captain America" stars Chris Evans, padding his superhero resume after co-starring as the Human Torch in the "Fantastic Four" flicks.

Evans' Steve Rogers is a 98-pound weakling who volunteers for a military program that bulks him up into super-soldier Captain America, leading a team of heroes battling arch-villain Red Skull (Hugo Weaving).

"Thor" casts the Norse god of thunder into exile among puny humans on Earth, where he hooks up with a team of scientists (Natalie Portman among them) and joins the fight against a bad guy from his own realm.

In his fall, Thor has lost much of his power, including the ability to wield his mighty hammer.

"He's not quite worthy at that point of possessing it," said Chris Hemsworth, the Australian actor who landed the role of Thor. "We see Thor as a cocky, brash young warrior who needs to learn some humility, so he's sent to Earth. It's his exploration of how he fits into the world."

While Thor is sent down to the minors, the hero of "Green Lantern" is called up from Earth to join a league of galactic peacekeepers.

Ryan Reynolds stars as an ordinary guy who gains superpowers from a ring bestowed by a dying alien. As the first human to join the Green Lantern Corps. - essentially, interstellar cops on the beat - his character becomes the key to stopping an evil force. But he encounters a little alien bigotry along the way.

"Human beings' inclusion in the corps is a point of contention for some of the other Green Lanterns," Reynolds said. "They feel we're kind of a subspecies, sort of a laughable group of creatures that inhabit Earth. So there's definitely a bit of an integration process for them."

"X-Men: First Class" features James McAvoy and Michael Fassbender as the future Professor X and Magneto superpowered mutants who start as allies but end up deadly enemies in their quest to find a place for their freak-of-nature kinsmen.

Another prequel, "Rise of the Planet of the Apes," has James Franco and Freida Pinto leading the human cast as research into simian intelligence puts the world under new management.

Interspecies conflict comes to the Old West, too, in "Cowboys & Aliens" as a mysterious gunslinger (Craig) and a cattle baron (Ford) put together a posse of townsfolk, outlaws and Apache Indians to go after bad guys from space in 1873.

"Cowboys & Aliens" director Jon Favreau, who made "Iron Man" and its sequel, said the hit Western "True Grit" and the Wild West animated comedy "Rango" were nice lead-ins after a long dry spell for the genre.

"The Western, that may have been the aspect of the film that made the studio the most cautious when it was first green-lighted. Now, it's turned into the aspect that makes it more original and stand out from the crowd," Favreau said. "The fun comes from the mash-up of genres."

Director Abrams created his own mash-up with "Super 8," combining two projects he had been developing: A story inspired by his boyhood filmmaking endeavors and a sci-fi adventure about a train that derails while carrying an alien presence from Area 51.

"It needed something to sort of elevate it out of the realm of pure drama into some kind of spectacle, at least for me to want to direct it," Abrams said.

"Fright Night": The remake of the 1980s horror comedy stars Colin Farrell as a newcomer targeting the kid next door (Anton Yelchin), who has discovered his neighbor's a vampire.

"30 Minutes or Less": Jesse Eisenberg stars in an action comedy about a pizza delivery guy abducted by crooks and forced to rob a bank.

"Conan the Barbarian": The new take on the ancient warrior has Conan (Jason Momoa) on a personal vendetta that turns into a heroic mission against supernatural evil.

"Priest": A warrior priest (Paul Bettany) in a world besieged by vampires sets out to rescue his abducted niece before the blood-suckers make her one of their own.