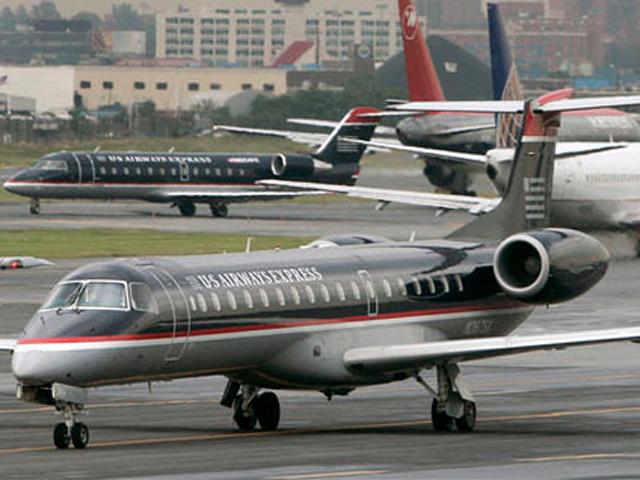 New York City officials are defending their decision to build a garbage transfer station less than a half-mile from LaGuardia Airport, even though opponents say it will attract birds and endanger airplanes.

Critics have asked a federal appeals appeals court to stop construction of the North Shore Marine Transfer Station. They say the station would raise the risk of bird strikes like the one that forced U.S. Airways Flight 1549 to land in the Hudson River in 2009. All 155 people on board survived.

On "The Early Show," Capt. Chesley "Sully" Sullenberger, the pilot who flew that plane, called the idea of the facility so near the airport "terrible."

Sullenberger, who is now retired and a CBS News Aviation and Safety Expert, said, "One of the things we've learned is that one of the few ways to mitigate the bird problem is to not put anything near an airport runway that's likely to attract birds. And so putting a trash facility this close to one of the busiest runways in the nation just doesn't make sense. It's really a terrible idea. It should be put much farther away."

"Early Show" co-anchor Chris Wragge noted the facility is set to be placed at the same airport where Sullenberger took off on the flight that had the bird strike.

Sullenberger said, "It's also located right on the water. Even an enclosed facility is going to attract birds. And so, by choosing to put this kind of facility so close, and they're relying on essentially Band-Aid kind of mitigations that we're hoping will be perfect --, you know, the real world is messier than that. There will be some trash that we spill that may not clean up right away. Birds are smart, and they'll learn there's a source of food there."

Critics say the tons of garbage headed for the facility would set the stage for a potential bird strike disaster. Lawyers for an advocacy group have filed a complaint with a federal appeals court, hoping to halt construction of the transfer station.

Randy Mastro, attorney for Friends of LaGuardia Airport, an advocacy group, told CBS News, "Locating a city garbage transfer station that will attract birds on the end of an airport runway is a monumentally stupid idea."

New York City spokeswoman Julie Wood says the opponents are just trying to scare people. She says the city is taking steps to make the building less attractive to birds.

New York City Mayor Michael Bloomberg has said, "Geese are a real problem. But they are a problem wherever you have water, so we don't think, the FAA doesn't think that there's anything dangerous about it."

The garbage transfer facility would be located 2,200 feet from LaGuardia's Runway 31.

Federal Aviation Administration regulations prohibit garbage facilities within 2,500 feet of the end of most runways at major airports. But the zone shrinks to 1,700 feet for certain runways, like LaGuardia's Runway 31.

CBS News Correspondent Elaine Quijano reported the FAA has released a statement, defending claims that it shrank the size of the runway protection zone to accommodate the project, saying, "The planned Marine Transfer Station near LaGuardia Airport is not located inside the Runway Protection Zone at the airport. ... The FAA did not modify the size of the RPZ to accommodate the Marine Transfer Station."

CBS News Aviation Expert Mark Rosenker said of the project, "I don't believe the FAA would make a decision that would increase the likelihood of bird strikes. They make these decisions based on science and analysis."

Quijano added that the city says it will take the proper steps to make sure the facility is bird-proof. But opponents vow to keep fighting the project.