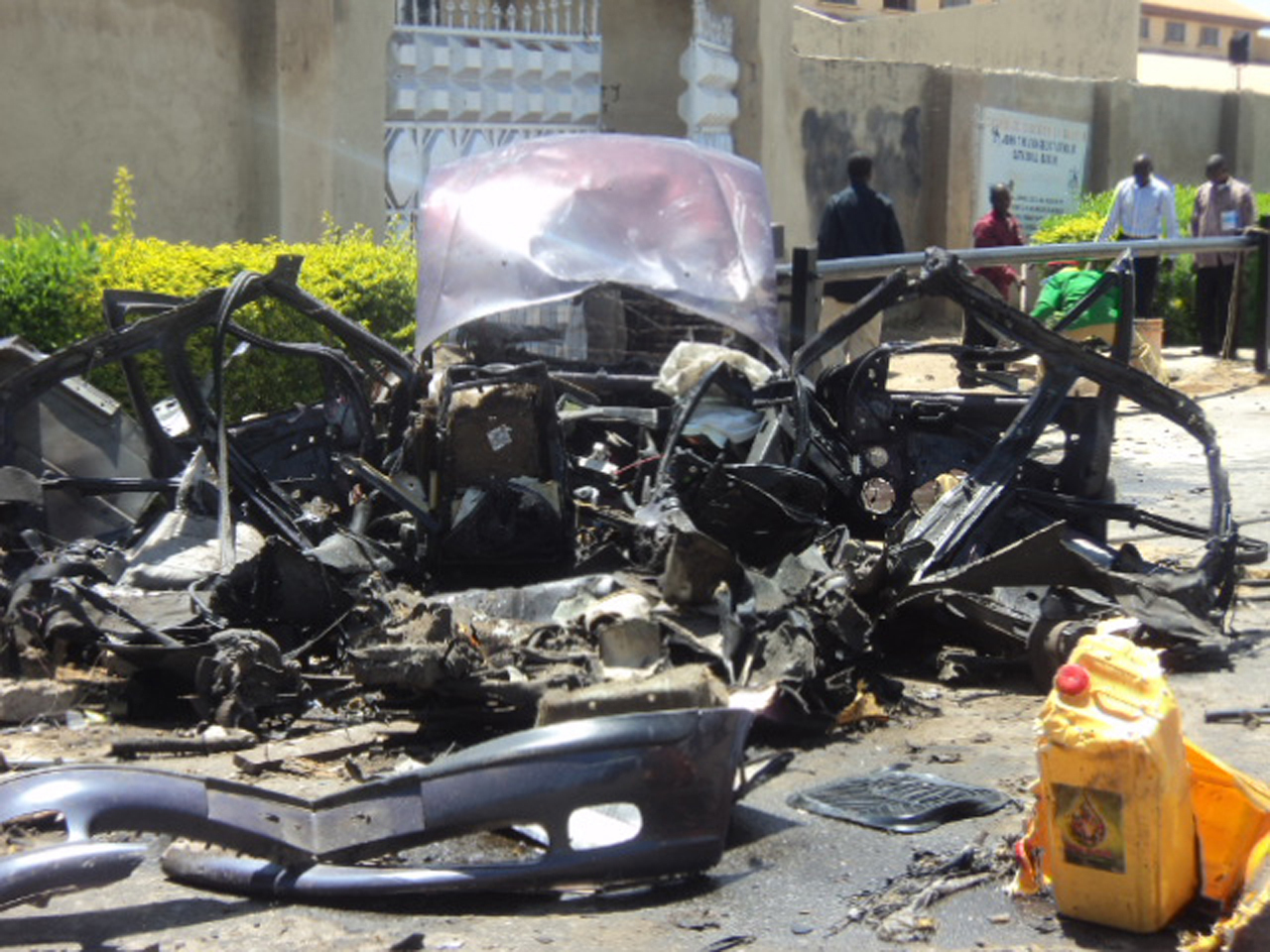 (AP) BAUCHI, Nigeria - A suicide car bomber attacked a Catholic church conducting Mass in northern Nigeria on Sunday, killing two people and wounding another 45 in a region under assault by a radical Islamist sect, officials said.

An Associated Press journalist heard the explosion after 9 a.m. Sunday in the city of Bauchi, which has seen a number of bombings and shootings blamed on the sect known as Boko Haram. The blast appeared to hit a parking lot alongside the St. John's Catholic Church in the city.

Police and military surrounded the church and did not allow journalists inside the cordon. Later at a nearby hospital, Bauchi deputy police commissioner T. Stevens told journalists told that the bomber had been stopped at the church's gate, where he detonated the explosives packed inside his car.

Doctors cautioned more could die from their injuries.

"The situation has been brought under control," Stevens said. "We have our men minding all areas."

Stevens said no group or individual had claimed responsibility for the attack, though suspicion immediately fell on Boko Haram. The sect, whose name means "Western education is sacrilege" in the Hausa language of Nigeria's north, has been waging an increasingly bloody fight against nation's weak central government. More than 680 people have died in drive-by killings and bombings blamed on Boko Haram this year alone, according to an AP count. The sect has demanded the release of all its captive members and has called for strict Shariah law to be implemented across the entire country.

The sect has used suicide car bombs against churches in the past, most noticeably a 2011 Christmas Day attack on a Catholic church in Madalla near Nigeria's capital. That attack and assaults elsewhere in the country killed at least 44 people. An unclaimed car bombing on Easter in Kaduna killed at least 38 people on a busy roadway after witnesses say it was turned away from a church.

Attacks against churches by the sect have waned in recent weeks. Nigeria's military claimed it killed the sect's spokesman and a commander Sept. 17 outside the city of Kano, potentially shaking up a sect that has continued attacks despite a tighter military presence in northern cities.

The killing of members of the sect's senior leadership comes as the group recently changed some of its tactics and attacked more than 30 mobile phone towers throughout northern Nigeria, disrupting communications in a nation reliant on cellular phones.

Saturday night, the military conducted door-to-door searches in the northern cities of Damaturu and Potiskum, areas now under a 24-hour curfew that have been hard-hit by the sect.