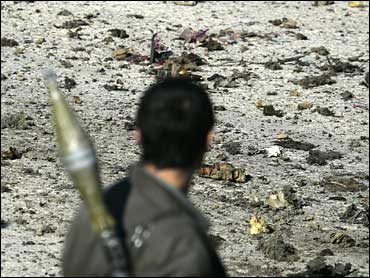 A suicide bomber detonated his explosives inside a police training center in southern Afghanistan on Monday, killing 19 officers and wounding at least 20, Afghan officials said.

Interior Ministry spokesman Zemarai Bashary told CBS News' Fazul Rahim that a bomber wearing a police uniform entered the training center as the officers were exercising and blew himself up. Bashary said at least eight people were seriously wounded.

The blast also damaged the compound.

The attack bore the hallmarks of suicide attacks carried out by Taliban militants, who have made a comeback the last three years after their initial defeat following the U.S. invasion in 2001.

Southern Afghanistan is the center of their fight against the government and international military forces, and militants control wide swaths of territory.

Over the last several years, police have borne the brunt of militant attacks. In 2008, some 868 policemen were killed in insurgent attacks, according to a tally of figures collected by The Associated Press. More than 900 police were killed in 2007.