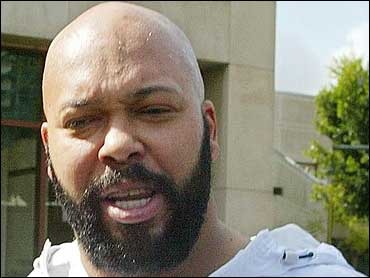 According to TMZ, the warrant was issued after Knight failed to appear in court over two traffic tickets.

The tickets were issued September 23 for driving with a suspended license and running a stop sign.

Ruda tells the Los Angeles Times that the 45-year-old was stopped by deputies, who ran his name through computers and discovered the minor traffic warrant issued recently in Beverly Hills.

Knight was brought to West Hollywood, where he was cited and released, after agreeing to appear in court within two months.

Ruda says Knight, who has a long arrest record, was not doing anything wrong when he was stopped, and agreed to talk to the deputies.