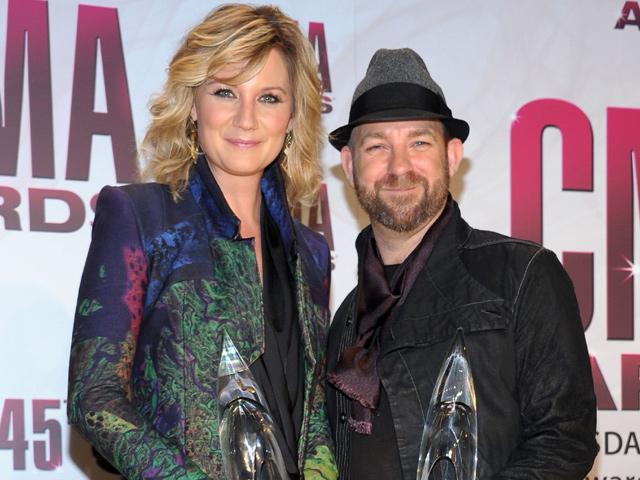 (CBS/AP) The 44 survivors of the Indiana State Fair stage collapse and family members of the four people who died filed a lawsuit Tuesday, naming country music duo Sugarland in the suit.

Attorneys representing at least 20 law firms across Indiana, Ohio and Kentucky filed the complaint. The lawsuit seeks unspecified damages from Sugarland, producers, stage riggers and others associated with the Aug. 13 show.

Stage rigging collapsed into spectators following a wind gust of at least 60 mph, killing seven people and injuring more than 40 others. Sugarland had not yet taken the stage when the collapse occurred.

Sugarland's contract specified the act had the final say on whether to cancel the concert due to weather, plaintiff's attorney Mario Massillamany said in a news release.

"Unfortunately, this tragedy could have been prevented if the responsible parties had been concerned about the concertgoers that night," Massillamany said.

The contract reached between Sugarland's agent, Creative Artists Agency, and the Indiana State Fair Committee guaranteed the duo $300,500 to perform, $34,500 for sound, lights and catering, and 85 percent of gross box-office receipts over $470,000, Massillamany said.

"This is a devastating tragedy that has impacted hundreds of people," plaintiffs' co-counsel Scott Starr said. "It is critical to help the victims pay the medical bills and other financial expenses that they have incurred from this incident."

The complaint does not name the fair or the state of Indiana among the defendants. They were named separately in at least 40 claims filed with the attorney general's office. Indiana law caps the state's liability for damages from the incident at $5 million.

A separate State Fair Remembrance Fund has paid about $564,000 to 28 people, and the remaining $400,000 in the state-administered fund will be paid out on a prorated basis to people who have already received money, State Fair Commission chairman Andre Lacy said Monday.

At least two other lawsuits on behalf of other victims of the stage collapse have been filed against Sugarland and other defendants.