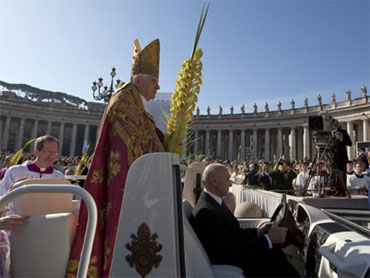 Protesters also warned that Sudan could become a battlefield like Afghanistan or Iraq if foreign military forces enter this African country to try to end the 17-month Darfur conflict, which has killed 30,000 people, forced a million from their homes and left an estimated 2.2 million in urgent need of food, medicine and other basics.

"Targeting Sudan means you will fall into a third swamp, after Afghanistan and Iraq," said a senior member of the ruling party, Mohammed Ali Abdullah, in comments directed at President Bush and British leader Tony Blair.

"There are lions here in Sudan who would like to confront the Americans."

Although no Western government has threatened to invade Sudan, U.N. Secretary-General Kofi Annan has mentioned the possibility of such intervention since it became clear the Khartoum government was failing to curb the violence in Darfur. France has deployed a small force along Chad's border with Darfur to stop Arab militia from crossing over.

In Ethiopia on Wednesday, the African Union said it would send a peacekeeping mission of 1,600 to 1,800 troops to Darfur to speed up humanitarian aid and counter the repeated violations of an April 8 cease-fire deal between the Sudanese government and two rebel groups.

It was unclear when the force would be sent.

In New York, Annan said he was sending a team led by the U.N. military adviser to Ethiopia on Wednesday to work with the African Union on the restructuring of the force and its needs.

The expanded force "would protect the monitors, it will protect the regroupment camps for the rebels and the groups that are going to be disarmed, and its mere presence on the ground would also have a positive impact and dissuade further attacks," Annan said.

He also said Wednesday's Khartoum demonstrations "are not unexpected," saying governments sometimes use demonstrations to "pressure" the world body and "send a message to the international community."

On Friday, the U.N. Security Council passed a resolution giving Sudan 30 days to curb pro-government Arab militias blamed for the violence in Darfur or face penalties.

Annan has said he expects Sudan to cooperate with the resolution, but warned of consequences if Khartoum does not.

Wednesday's protesters, many chanting "No to America and its followers," delivered a memorandum to the U.N. envoy's office in Khartoum demanding Annan retract his "misleading" remarks about the Darfur situation or resign.

"You, as the secretary general of the United Nations, hold all the responsibility for escalating the crisis in Darfur as your remarks formed the basis of the misleading, antagonistic Western propaganda against Sudan," the memorandum said in Arabic.

The United Nations and international aid organizations accuse the pro-government Arab militia, known as Janjaweed, of waging a brutal campaign to drive Sudanese citizens of African origin out of Darfur, which borders Chad.

The memorandum also accused Annan of collaborating with the United States and Israel in "expressing enmity to Sudan."

The ruling National Congress party's secretary-general, Ibrahim Ahmed Omar, led the demonstrators from the U.N. offices to the presidential palace in Khartoum's Martyrs' Square, where he accused foreign nations of threatening Sudan in a bid to gain access to the country's natural resources.

"They will return empty handed ... (because) we used to be Mujahedeen and we are still Mujahedeen," Omar told the protesters, who included people holding banners threatening holy war and students wearing military uniforms.

On July 3, Sudan signed an agreement with the United Nations, under which Khartoum agreed to immediately start disarming Arab militias and deploy 6,000 Sudanese soldiers and policemen to improve security, facilitate humanitarian aid and allow African Union troops and human rights monitors into Darfur.

Annan said Wednesday that Sudanese authorities have made progress on providing access for humanitarian workers, supplies and equipment.

"But there is much, much more to be done on the protection side, and this is something that has been brought to the attention of the Sudanese government quite forcefully," he told reporters.