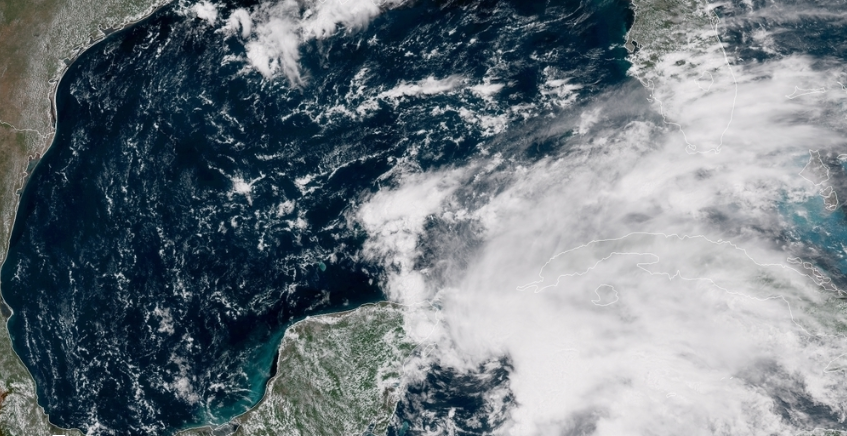 Subtropical Storm Alberto is the first named tropical weather system of the 2018 Atlantic hurricane season, the National Hurricane Center said in an advisory Friday. A tropical storm watch has been issued for the Gulf Coast from Louisiana to Florida, parts of Yucatan peninsula in Mexico, including Tulum, and western Cuba.

Alberto had maximum sustained winds of 40 mph and was located about 85 miles southeast of Cozumel, Mexico as of late afternoon Friday. The storm is moving slowly -- about 2 mph -- and is expected to bring erractic rain to the north.

Alberto is expected to produce total rain accumulations  of 10 to 15 inches with isolated totals of 25 inches across the northeastern portions of the Yucatan Peninsula and western Cuba, the National Hurricane Center said. Rainfall accmumulations of 4 to 8 inches with maximum amounts of 12 inches are possible across the Florida Keys and southern and southwestern Florida.

Heavy rain will likely begin to affect the central Gulf Coast region and the southeastern Untied States later this weekend and continue into early next week. Flooding potential will increase across this region early next week as Alberto is forecast to slow down after it moves inland.

A storm surge watch has been issued along the Gulf Coast from Horseshoe Beach in northern Florida to the mouth of Mississippi River. The National Hurricane Center said water could reach two to four feet above land in those areas.

The potential for flooding will increase early next week, the weather service said, adding that the rainfall could produce life-threatening flash floods and mudslides.

The storm was officially announced a day after the National Oceanic and Atmospheric Administration (NOAA) 2018 hurricane season forecast release. Thursday night, NOAA tweeted there was a "high chance (90%)" of a subtropical or tropical cyclone forming this weekend. The announcement of Subtropical Storm Alberto came Friday morning just before 11:00 a.m. EDT.

Hurricane names are maintained and updated by an international committee of the World Meteorological Organization (WMO). Six lists are used in rotation. The 2018 Atlantic Hurricane Season name list was last used in 2012. That year, Hurricane Sandy caused 54 deaths and over $750 million in damage. Names are retired for extremely deadly or costly storms out of sensitivity consideration for those affected. This year, Sara will replace the now-retired Sandy.

Here's a list of all the previous storms associated with the name Alberto:

What is a subtropical storm?

What is a tropical storm watch?

A tropical storm watch means that tropical storm conditions are possible for the area and time frame described. At the most recent information available from NOAA, the Cuban province of Pinar del Rio and areas of Mexico from Tulum to Cabo Catoche should monitor Alberto for the next 24 hours.