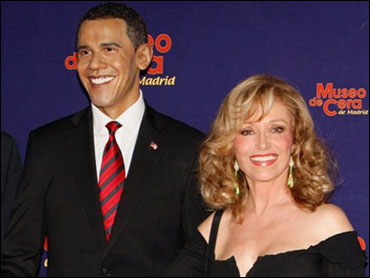 Drinking tea may help keep the doctor away.

A new study finds that tea boosts the body's defenses against infection and contains a substance that might be turned into a drug to protect against disease, researchers say. Coffee does not have the same effect, they say.

A component in tea was found in laboratory experiments to prime the immune system to attack invading bacteria, viruses and fungi, according to a study in the Proceedings of the National Academy of Sciences released Monday.

"We worked out the molecular aspects of this tea component in the test tube and then tested it on a small number of people to see if it actually worked in human beings," said Dr. Jack F. Bukowski, a researcher at Brigham and Women's Hospital in Boston and Harvard Medical School. The results, he said, gave clear proof that five cups of tea a day sharpened the body's disease defenses.

Penny Kris-Etherton, a nutrition specialist at Penn State University, a nutrition expert, said Bukowski's study adds to a growing body of evidence that tea is an effective disease fighter.

"This is potentially a very significant finding," she said. "We're seeing multiple benefits from tea."

But she said the work needs to be confirmed in a much larger study, involving more people.

In the study, Bukowski and his co-authors isolated from ordinary black tea a substance called L-theanine.

Bukowski said L-theanine is broken down in the liver to ethylamine, a molecule that primes the response of an immune system element called the gamma-delta T cell.

"We know from other studies that these gamma-delta T cells in the blood are the first line of defense against many types of bacteria, viral, fungal and parasitic infections," he said. "They even have some anti-tumor activity."

The T cells prompt the secretion of interferon, a key part of the body's chemical defense against infection, Bukowski said.

"We know from mouse studies that if you boost this part of the immune system it can protect against infection," he said.

To further test the finding, the researchers had 11 volunteers drink five cups a day of tea, and 10 others drink coffee. Before the test began, they drew blood samples from all 21 test subjects.

After four weeks, they took more blood from the tea drinkers and then exposed that blood to the bacteria called E-coli. Bukowski said the immune cells in the specimens secreted five times more interferon than did blood cells from the same subjects before the weeks of tea drinking. Blood tests and bacteria challenges showed there was no change in the interferon levels of the coffee drinkers, he said.

Bukowski said it may be possible to further isolate and refine L-theanine from tea and use that as a drug to boost the infection defense of the body.

The health effects of tea have been extensively studied. It has been linked to lower heart disease and cancer risk through the action of flavonoids, a type of antioxidant. Other studies have linked tea to helping combat osteoporosis, the brittle bone disease, and to relieving some allergy symptoms.