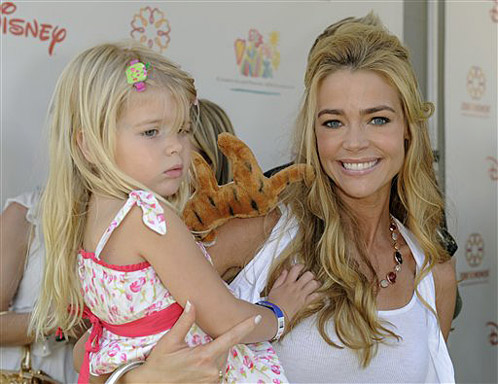 Several car booster seats do a poor job of positioning children to fit in their seat belts, according to a review by the insurance industry and researchers.

The Virginia-based Insurance Institute for Highway Safety and the University of Michigan Transportation Research Institute found Wednesday that 13 booster seats don't put children in the best position to be protected in a crash.

Evenflo said in a statement that it conducts extensive tests of the seats and the IIHS study was "misleading as it fails to consider the real world use and performance of the seats tested."

Evenflo said it had sold more than 4 million units of the seats cited by the Institute and "we are not aware of a single incident in which a child was injured as a result of an improper fit."

Other child seat manufacturers said their products meet and exceed federal regulations. Dorel Juvenile Group said it "welcomes the opportunity to review the evaluation conducted by the IIHS."

Graco Children's Products said in a statement that "safety is always a top priority and nothing is more important than the well-being of the children who use our products."

It was the first time the Institute issued evaluations for booster seats. Lund said they chose not to review crash protection because the seats simply elevate children so lap and shoulder belts are well-positioned to restrain them.

Booster seats are typically used by children between the ages of 4 and 8. The seat belt is meant to be routed across a child's lower hips and mid-shoulders instead of the abdomen because the liver and spleen are more vulnerable to injuries.

Russ Rader, an IIHS spokesman, said two of the seats not recommended by the Institute, the Costco Highback Booster and the Safety 1st/Dorel Intera, had been discontinued. The IIHS evaluated 41 seats that represented a majority of the market when the evaluations were conducted in the summer of 2007. Evaluations for all the seats are available on their Web site.

Dr. Kristy Arbogast, who researches child passenger safety issues at The Children's Hospital of Philadelphia, said parents should not interpret the evaluations to mean that poorly rated seats are not effective.

"The biggest disservice this would do is to encourage people to move out of booster seats because we know they're an effective restraint, we know they reduce the risk of injury and the risk of fatality," Arbogast said.

Arbogast suggested that parents buying a new booster seat should try it out in their car and see how the seat belt fits on their child.