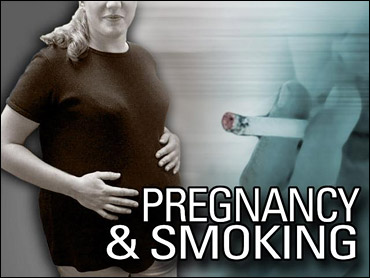 Women have one more reason not to smoke during pregnancy.

Smoking during pregnancy may boost a woman's chances of having a baby with abnormal fingers and toes. Those problems include webbed feet, extra toes or fingers, and missing toes or fingers.

Those rare conditions are more common among babies born to women who smoked during pregnancy, a new study shows.

Heavy smoking carried the highest risk, but lighter smoking was also an issue. The findings are not supported by other research studies, which have found no association.

"This study shows that even minimal smoking during pregnancy can significantly increase the risk of having a child with various toe and finger defects," says Benjamin Chang, MD, in a news release. Chang and colleagues' study appears in the January Plastic and Reconstructive Surgery.

Smoking is a well-known health hazard for people of all ages, including babies born to mothers who smoke. Doctors urge everyone -- male or female, young or old -- not to smoke or to quit smoking.

When women smoke while pregnant, they're more likely to miscarry, have a stillborn child, give birth prematurely, and have a baby with low birth weight and/or lung problems. According to the CDC's latest statistics, 11 percent of pregnant women in the U.S. are smokers. That number is smaller than in the past.

The researchers focused on 5,171 babies born with abnormal hands or feet and without other birth defects such as spina bifida, heart malformations, or genetic abnormalities such as Down syndrome. They also noted how much, if at all, the mothers had smoked.

Compared with nonsmokers, women who smoked up to 10 daily cigarettes while pregnant were 27 percent more likely to give birth to a baby with abnormal fingers or toes.

In other words, though most babies were born without any limb abnormalities, the more cigarettes a woman smoked during pregnancy, the greater her odds of having a child with abnormal fingers or toes.

The researchers made adjustments for other factors that could make the birth defects more likely. But they didn't know how long the smokers had smoked cigarettes.

The researchers note that that their study doesn't prove that smoking was to blame for the babies' abnormal fingers and toes. They also note that other research studies have not demonstrated a similar association with smoking.