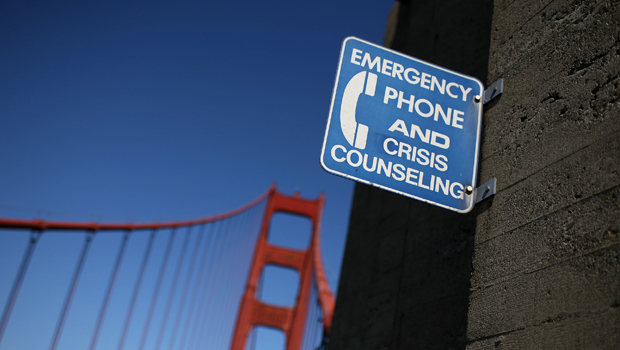 Suicides are more likely to happen after midnight, a finding that suggests the people who suffer from nightmares and insomnia could be at risk, according to a new study.

"This appears to be the first data to suggest that circadian factors may contribute to suicidality and help explain why insomnia is also a risk factor for suicidal ideation and behavior," Michael Perlis, associate professor in the Department of Psychiatry and Director of the Penn Behavior Sleep Medicine Program at the University of Pennsylvania in Philadelphia, and lead investigator on this study told Medical Xpress. "These results suggest that not only are nightmares and insomnia significant risk factors for suicidal ideation and behavior, but just being awake at night may in and of itself be a risk factor for suicide."

The researchers obtained the estimated times of the suicides from the National Violent Death Reporting System, and an hourly proportion of the American population that is awake. Researchers analyzed more 35,000 suicides, put them into one-hour bins, and then compared the suicides to the proportion of people awake at each hour.

Previous research, which suggested that more suicides happen during the day, did not account for the proportion of the population that is awake during the night, the study's authors said.

Perlis said that treating insomnia may be one way to reduce suicide risk.

According to the Centers for Disease Control and Prevention, suicide accounts for more than 38,000 deaths each year and is the 10th leading cause of death in the U.S.

The abstract was published in the journal Sleep. The findings were presented at SLEEP 20014, the 28th annual meeting of the Associated Professional Sleep Societies on Tuesday in Minneapolis.