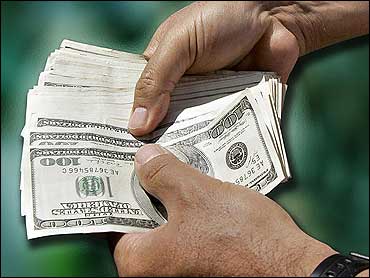 Money may make the world go round, as the song goes, by encouraging the type of hard work and resourcefulness that leads to economic success. But money might also put a strain on personal relationships, a new study shows.

Most everyone agrees that having money is a good thing. What is less clear is how it affects people psychologically. A group of researchers from the University of Minnesota, Florida State University, and University of British Columbia wanted to find out how money might affect people's performance and behavior toward one another.

They conducted a series of experiments in the lab in which participants were reminded of money in several different ways. During one reminder, participants played a game of Monopoly and received either $4,000 of play money, $200 of play money, or no play money. Other reminders asked people to think about having either abundant or very limited financial resources, organize phrases that were related or unrelated to money ("I cashed a check," or "I wrote the letter"), or sit near images of money or neutral objects.

The researchers found that being exposed to money led to big changes in people's actions. Those who had money on their minds were less inclined to help someone in need and more inclined to work alone than interact with others. And they tended to work longer on challenging tasks without asking for help.

The bottom line: money appears to have both positive and negative effects on our behavior. On the one hand, it encourages self-sufficiency and hard work; but on the other, it discourages some positive social interaction.

Although it may seem from this study that money makes people greedy or selfish, the authors say this isn't necessarily the case. "A selfish person likely would have immediately asked for help when given a tough assignment ... and would have rejected the notion of accepting more work than was necessary," they write in the June issue of Current Directions in Psychological Science.

Given the important role money appears to play in human behavior and performance, the authors say it would be helpful for researchers to conduct more studies evaluating its impact on human psychology.