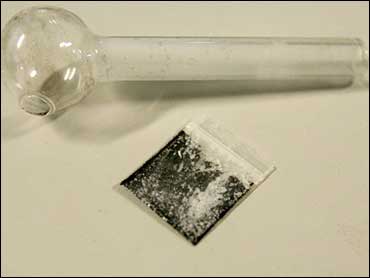 Methamphetamine use is rare in most of the United States, not the raging epidemic described by politicians and the news media, says a study by an advocacy group.

Meth is a dangerous drug but among the least commonly used, The Sentencing Project policy analyst Ryan King wrote in a report issued Wednesday. Rates of use have been stable since 1999, and meth use among teenagers has dropped, King said.

"The portrayal of methamphetamine in the United States as an epidemic spreading across the country has been grossly overstated," King said. The Sentencing Project is a not-for-profit group that supports alternatives to prison terms for convicted drug users and other criminals.

Overheated rhetoric, unsupported assertions and factual errors about the use of the drug, including frequent, misguided comparisons between meth and crack cocaine, lead to poor decisions about how to spend precious public dollars combating drug addiction, King said.

The report cites statistics compiled by the government to make its case, including a 2004 survey that estimated 583,000 people used meth in the past month, or 2/10s of 1 percent of the U.S. population. Four times as many people use cocaine regularly, and 30 times as many use marijuana, King said.

A separate survey of high-school students showed a 36 percent drop in meth use between 2001 and 2005.

The report acknowledged that methamphetamine is more widely used today than it was 10 years ago. Data from the jail populations of a handful of cities on the West Coast also show what King called a "highly localized" problem.

But nationally, just 5 percent of men who had been arrested had meth in their systems. By contrast, 30 percent tested positive for cocaine and 44 percent for marijuana, the report said, citing government statistics.

Treatment programs for meth also have been portrayed inaccurately, with news reports suggesting that meth users do not respond as well to treatment as users of other drugs, King said. The Bush administration's recent methamphetamine control strategy also referred to a "common misperception that methamphetamine is so addictive that it is impossible to treat."

Programs in 15 states have had promising results, King said.

"Mischaracterizing the impact of methamphetamine by exaggerating its prevalence and consequences while downplaying its receptivity to treatment succeeds neither as a tool of prevention nor a vehicle of education," he wrote.

King called for a tempered approach to the problem, keeping the focus on local trouble spots and using federal money to beef up treatment programs.