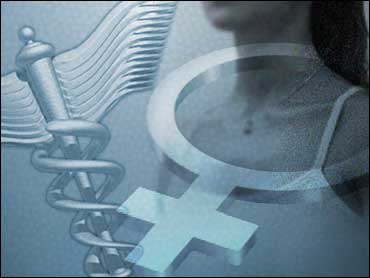 This research shows factors other than a decline in hormone usage have played a role in the downward trend.

Researchers from the American Cancer Society (ACS) analyzed invasive and noninvasive breast tumor incidence rates from 1975 to 2003. They found that a sharp drop in breast cancer cases between 2002 and 2003 was preceded by a less dramatic drop among women 45 and older, beginning in 1999.

The most likely reason for the pre-2002 drop in cases, they say, was a
leveling off in the number of women in the U.S. getting mammograms.

The decline in breast cancers since 2002 is due to a combination of
Things, ACS Strategic Director for Cancer Surveillance Ahmedin Jemal, D.V.M., Ph.D., tells WebMD. The decrease in hormone use has contributed, but so has the stabilization in mammography usage.

Between 2002 and 2003, breast cancer rates reportedly dropped by nearly 7 percent in the U.S., coinciding with a sharp drop in the use of hormone therapy beginning in July of 2002.

That's when a large, federally funded trial of the estrogen and progestin combination treatment Prempro was stopped early because of evidence of an increased risk of breast cancer and heart disease in older women who took the drug.

The finding bolstered their earlier research linking the decline in hormone usage to the drop in breast cancers during that period.

Ravdin tells WebMD that the new ACS findings do not challenge this view.

Clearly (the decline in breast cancers) is not being driven by just one
force, he says. "This paper is a nice complement to ours."

The ACS research team, lead by Jemal, examined breast cancer incidence rates by tumor size, stage, and hormone receptor status among women aged 40 and older from the mid-1970s through 2003.

They found a reduction in the number of invasive breast cancers among all women 45 and older, beginning in the late 1990s. The decline was greatest for the small invasive or noninvasive tumors that are most often detected by mammography.

These two factors point to a role for mammography trends in the drop in
breast cancers during the late 1990s, Jemal says.

The pre-2002 declines coincided with a leveling off in the number of women getting mammograms in the U.S., following years of increased usage and increased breast cancer detections, says Jemal.

"All women 40 and over should get screened according to the guidelines," Jemal says. "Mammography is the best way to find tumors when they are small enough to be treated successfully."

Hormone therapy with estrogen alone or estrogen plus progestin remains the most effective treatment for hot flashes and other common symptoms associated with menopause.

Current guidelines advise women to use hormone therapy only for these
symptoms, in the smallest effective dosage, and for the shortest possible time.

Ravdin agrees that these guidelines are appropriate.

"There is no doubt that there are women who definitely benefit from hormone replacement therapy in the transitional phase leading up to menopause," he says.
By Salynn Boyles
Reviewed by Louise Chang
©2007 WebMD, Inc. All rights reserved