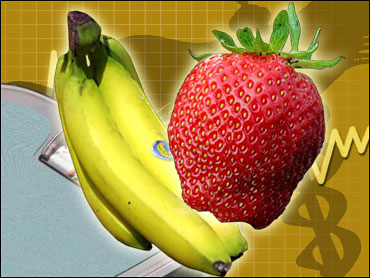 The reasons aren't well understood, but it is increasingly clear that eating plenty of fruits and vegetables is a good way to lower your stroke risk.

In one of the largest studies ever to examine the issue, albeit indirectly, University of Cambridge researchers measured vitamin C levels in more than 20,000 people, who were then followed for roughly a decade.

The association was seen even after the researchers adjusted for a wide range of stroke risk factors.

The findings do not prove that it is the vitamin C in fruits and vegetables that is protective, the researchers note.

And most studies have found that taking vitamin C and other antioxidant vitamin supplements is of no benefit for lowering stroke risk.

But the study is one more indication that eating fruits and vegetables every day may have cardiovascular benefits, says Mark Levine, MD, of the National Institute of Diabetes and Digestive and Kidney Diseases.

"We don't know what it is, but the message to the public is clear," he tells WebMD. "Eat a wide variety of fruits and vegetables. Think about color, and eat a rainbow of plant foods. That is a pretty simple thing to do."

A total of 20,649 men and women between the ages of 40 and 79 at entry were included in the British trial, reported in the latest issue of the American Journal of Clinical Nutrition.

During an average follow-up of 9.5 years, 448 of the study participants had strokes.

Lead researcher Phyo K. Myint, MRCP, and colleagues suggest that the observed increase in risk among people with the lowest vitamin C levels could have clinical implications.

Specifically, vitamin C levels may prove to be a good predictive indicator of stroke risk, independent of known risk factors such as age, smoking history, blood pressure, and cholesterol, they write.

"Given that about half of the risk of stroke is unexplained by conventional cardiovascular disease risk factors and that the predictive validity of traditional cardiovascular disease risk factors appears to diminish with age, risk markers that may help to identify those persons at greatest risk of stroke ... may be of interest."

Stroke specialist Larry B. Goldstein, MD, was chairman of the committee that revised the American Stroke Association's guidelines for stroke prevention in 2006.

Goldstein tells WebMD that a diet high in fruits and vegetables is a good way to accomplish both goals.

He says there is no good evidence that taking vitamins in pill form helps lower stroke risk, and even notes disturbing evidence that antioxidant supplements interfere with the action of cholesterol-lowering statin drugs routinely prescribed to patients at high risk for strokes.
By Salynn Boyles
Reviewed by Louise Chang
©2008 WebMD, Inc. All rights reserved