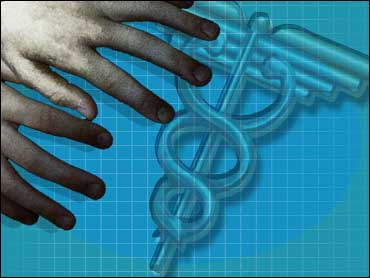 An antibiotic and a muscle-related compound are leading candidates for a major government study of whether certain compounds could slow the worsening of Parkinson's disease.

A pilot study, unveiled Thursday, suggests the two — the antibiotic minocycline and creatine, a substance produced in muscle tissue — may have some benefit.

"We are not concluding that these agents are useful, just that they are not useless," cautioned Dr. Karl Kieburtz of the University of Rochester, who led the study.

It's far too early for patients to seek the pills, stressed Dr. Diane Murphy, who oversees Parkinson's research at the National Institutes of Health, which funded the work.

But in the study of 200 patients in the earliest stages of the disease — they didn't yet require medication for its symptoms — those who took either of the two pills didn't seem to decline quite as rapidly as those given a dummy pill, scientists said Thursday at Parkinson's meeting in Washington.

The compounds are thought to lessen a type of cellular stress or fight inflammation that may damage cells.

Standard treatments are to replace lost dopamine with the drug levodopa, and a brain implant to control tremors. Both work for a while, but can't stop the disease's inevitable march.

So NIH's National Institute of Neurological Disorders and Stroke is on a hunt for drugs that might protect patients' remaining dopamine-producing cells, a so-called neuroprotector. The holy grail would be a simple, easy-to-take pill that would lower the risk of worsening Parkinson's, much like an aspirin a day can lower people's risk of heart attacks.

"We're looking for the aspirin of Parkinson's disease," is how Murphy puts it. "We don't have a drug like that right now, and we don't know of such a drug," she cautions.

That's where the pilot study comes in. NIH asked Parkinson's specialists for a list of potential neuroprotective compounds — substances that could enter the brain and seemed promising in animal studies. From an initial list of 60, they settled on four to pilot-test. The minocycline and creatine results are first in, published in the journal Neurology online this week and announced Thursday at the World Parkinson Congress. Now being analyzed is a similar study on the dietary supplement coenzyme Q-10 or CoQ10 and an experimental drug thought to help repair damaged nerves.

Next up, NIH plans to test the top candidates in a large study to prove whether any of them truly work.

Minocycline is a prescription-only antibiotic, but creatine is available in dietary supplements. Murphy cautioned that over-the-counter preparations of creatine or CoQ10 may not be the same strengths as are under study.