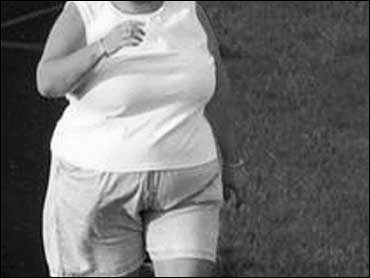 Regular exercise has long been touted as the key to a healthy heart, but a new study shows it is unlikely to fully reverse a woman's chances of heart disease if she is carrying extra weight.

Researchers report in the April 28 issue of Archives of Internal Medicine that although physical activity definitely helps improve cardiovascular health, such exercise does not "eliminate the negative effects of being overweight."

The findings underscore the importance of being fit and trim and cast doubt on the newer notion that it's possible to be "fit and fat." Both obesity and a sedentary lifestyle are modifiable risk factors for coronary heart disease. Heart disease is the leading cause of death in women in the United States.

The new study, conducted by Amy R. Weinstein, M.D., MPH, of Beth Israel Deaconess Medical Center in Boston, and colleagues helps establish the combined effect of the two risk factors. The study involved 38,987 women from the Women's Health Study. Each woman provided information about her height, weight, exercise routine, medical history, and other health habits at the beginning of the study. About half of the women were considered to be of normal weight. A little less than one-third of the women were overweight, and 18 percent were obese. According to the Surgeon General's guidelines, 34 percent were considered physically active.

During about 11 years of follow-up, 948 women developed heart disease. According to the researchers, body mass index (BMI) and exercise both individually contributed to its development. A BMI between 25 and 29 is considered overweight. A BMI of 30 or above is considered obese.

The study shows that:

While the study shows that regular physical activity can reduce one's risk of heart disease, it suggests that weight matters, too.

"Even high quantities of physical activity are unlikely to fully reverse the risk of coronary heart disease in overweight and obese women without concurrent weight loss ," the authors conclude in the journal article. "Regardless of body weight, these data highlight the importance of counseling all women to participate in increasing amounts of regular physical activity and maintaining a healthy weight to reduce the risk of coronary heart disease."
By Kelli Stacy
Reviewed by Elizabeth Klodas
©2008 WebMD, LLC. All rights reserved