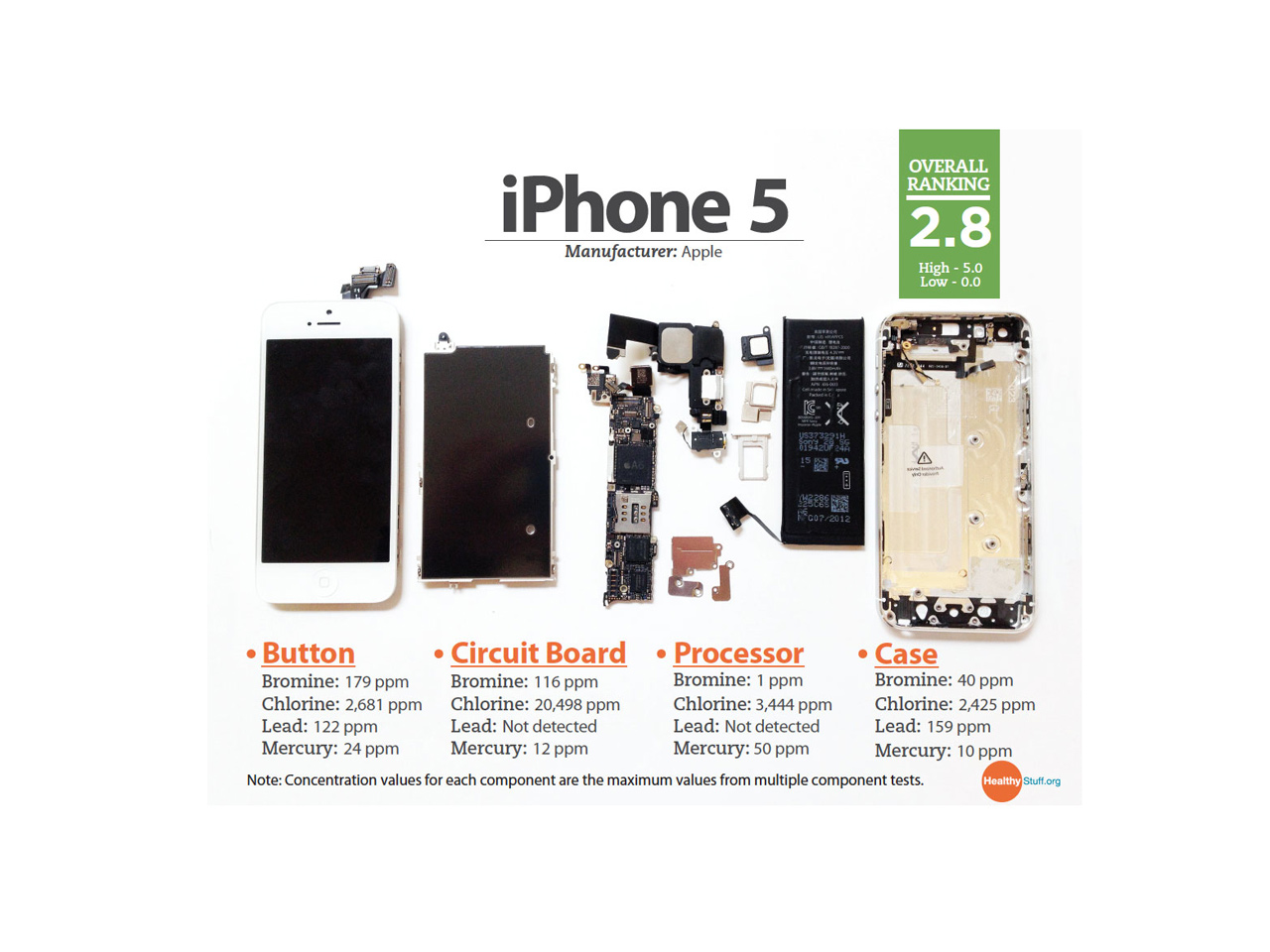 The Motorola Circus was determined to be the least toxic phone on the market out of a test of 36 commonly sold mobile phones, according to a study completed by HealthyStuff.org and ifixit.org.

Overall, newer phones were less toxic than their older counterparts, the study found. Samsung phones had the best average ratings of all the phones tested. Apple showed the most improvement in removing toxic chemicals in  their phones. The iPhone 2G was ranked the most toxic phone in the study, but the iPhone 4S and 5 found themselves near the top of the least toxic list.

However, every phone tested still contained levels of lead, bromine, chlorine, mercury and cadmium. These substances are known to be hazardous health, and some are carcinogens. For example, a form of mercury called methylmercury can cause neurological impairment in children, infants and fetuses, according to the Environmental Protection Agency. Inorganic mercury can cause damage to the gastrointestinal tract, the nervous system, and the kidneys. People may not experience risks from holding the phone itself, but once the phone become e-waste, the chemicals can get in the water and soil and potentially pose risks.

"Even the best phones from our study are still loaded with chemical hazards," Jeff Gearhart, research director at the Ecology Center and founder of HealthyStuff.org, said in a press release. "These chemicals, which are linked to birth defects, impaired learning and other serious health problems, have been found in soils at levels 10 to 100 times higher than background levels at e-waste recycling sites in China. We need better federal regulation of these chemicals, and we need to create incentives for the design of greener consumer electronics."

In addition, production of phones can release chemicals that may be harmful to the workers. N-hexane, used to clean glass, has poisoned electronic factory workers in Dongguan, China, according to China Daily. Symptoms included feeling weak, headaches and incontinence. An earlier incident involving 137 workers at an Apple factory in Suzhou, China also was traced to N-hexane. One worker, 27-year-old Jia Jingchuan told the New York Times that using the chemical left him with nerve damage and made him very sensitive to the cold.

According to ifixit.org, Americans throw away 130 million cell phones each year - and only 8 percent are recycled properly. This can lead to air and water pollution when the phones are incinerated or placed in landfills. The United Nations Environment Programme 2009 found that a phone can contain phone can contain over 40 elements including heavy metals and persistent organic pollutants.

While some states have banned the disposal of electronics in incinerators or landfills, there are no laws on the books for 32 states.

To learn more about the report, watch the video below: