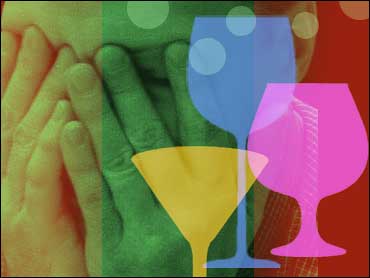 New alcoholism research identifies five types of alcoholics and shows that young adults account for more than half of U.S. alcoholics.

The high percentage of young adults among alcoholics was unexpected, notes researcher Howard Moss, M.D., the associate director for clinical and translational research at the National Institute on Alcohol Abuse and Alcoholism (NIAAA).

"While we knew that many young adults had problematic involvement with alcohol from our research on college-aged drinkers, we were certainly surprised by the proportion of alcohol-dependent individuals who fell into that young adult cluster," Moss tells WebMD.

In the journal Drug and Alcohol Dependence, Moss and colleagues describe the five types of alcoholics. But before you read those descriptions, keep Moss' advice in mind.

"We hope that if someone suspects they may have a problem with alcohol that they talk about this with their health care provider," Moss tells WebMD. "If the health care professional is uncomfortable with assessing alcohol problems (and we hope all such professionals are comfortable with these assessments) the individual should ask for a referral to an addictions specialist for an in-depth evaluation," he says.

Moss and colleagues studied data from 1,484 U.S. adults who took part in a national survey conducted by the NIAAA from 2001 to 2002. The study focused on alcohol dependence and also included questions about personality, family history of alcoholism and other substance use.

Dos And Don'ts For Extreme Heat

The researchers applied the survey's findings to the U.S. population. They estimate that in the year before the study, nearly 8 million people in the U.S. met the standard for a diagnosis of alcohol dependence.

The young adult subtype accounts for about 32 percent of U.S. alcoholics. They're young adults who rarely seek help for alcohol dependence. About 24 years old, they became alcoholics by age 20, on average. They drink less frequently than other alcoholics, but they tend to binge drink when they drink. This is the largest subtype.

The functional subtype accounts for about 19 percent of U.S. alcoholics. They're generally middle-aged, working adults who tend to have stable relationships, more education, and higher incomes than other alcoholics. They tend to drink every other day, often consuming five or more drinks on drinking days.

The chronic severe subtype is the rarest subtype, accounting for about 9 percent of U.S. alcoholics. This subtype mainly includes men, has the highest divorce rate, and frequently includes users of illicit drugs.

"When most people think of alcoholics, they think of middle-aged men with a profile similar to our chronic severe subtype," Moss tells WebMD. "Our data shows that alcoholism is more a disorder of youth than previously suspected."

Moss warns that while some alcoholic subtypes may function better than others, "in all cases, alcohol dependence must be viewed as a severe disease with a significant adverse impact on health and well-being."
By Miranda Hitti
Reviewed by Louise Chang, M.D.
© 2007, WebMD Inc. All rights reserved