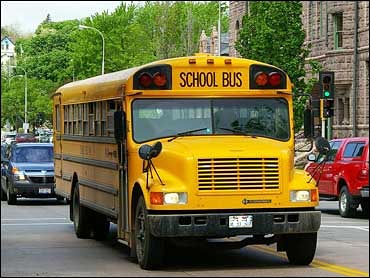 Fewer than half of American children who live close to school regularly walk or ride a bike to classes, according to a new study that highlights a dramatic shift toward car commuting by kids.

Children in the South did the least hoofing and pedaling, partly because of safety concerns, experts believe.

The issue is important because it's linked to escalating rates of childhood obesity. Many schools have been cutting back on recess and physical education, observed Sarah Martin, the study's lead author.

"Kids need to take advantage of the opportunities that do exist for physical activity," said Martin, a Maine-based evaluation consultant and former researcher with the U.S. Centers for Disease Control and Prevention.

The article is being published in the August issue of the American Journal of Preventive Medicine. Martin did the research when she was at the CDC.

Other studies have found that relatively few kids walk or bike to school. The numbers have dropped as the population has grown while the number of schools has declined and the distance to get to them has grown for many families.

In 1969, about 90 percent of kids who lived within a mile of school walked or rode bikes to get there. In 2004, just 48 percent did that at least one day a week, the new study found.

Separately, federal statistics suggest the numbers are worse, of course, for children who live farther from school. In 1969, 42 percent walked or cycled and in 2001 (the most recent data available for that group), just 16 percent did.

The figures for those living within a mile of school are based on a spring 2004 nationwide, random-digit-dialed telephone survey of families with children ages 9 to 15. More than 7,400 families were surveyed.

The researchers didn't ask why so many children were driven to school, but possible explanations include parental attitudes about exercise and concerns about safety, Martin said.

Generally, studies have found that less educated families exercise less and have higher rates of obesity. But Martin's survey found that the children of well-educated parents were more likely to get a ride to school. She said in those families, both parents are likely to have jobs and may believe it's safer and more expedient for one of them to drive their child to school on their way to work.

Such families likely have more cars, too. Other researchers have found that the number of cars is key to whether kids walk, said Lawrence Frank, a professor of community and regional planning at the University of British Columbia.

Also, many suburban and rural areas are built without sidewalks, good crosswalks or other safety features, several experts said.

Older urban communities have the most walking and biking children, at least partly because they were built with pedestrians in mind. But newer communities — like many in the South — were designed around the car, and may lack continuous sidewalks or safe crosswalks, Frank said.

Research also has shown that the South has the lowest levels of exercise and adult activity. "They don't view walking to school as very important," Martin said.

Liz Hansen, a Lawrenceville, Ga., mother of a 19-year-old college student, recalled that when her son was young, the family lived just two blocks from his elementary school. But she usually drove him because she worried for his safety.

Later, her son — Ryan — lived less than a mile from his high school, but he didn't like to walk or even ride the bus. "It was uncool," she said.