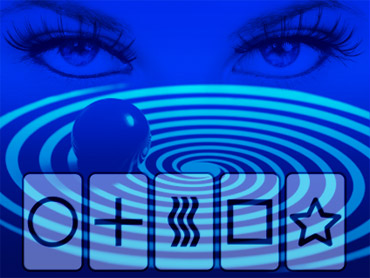 How real is ESP?

Extrasensory perception -- the ability to foresee the future -- has always been mysterious area of research. And now, a new study to be published in the nation's top psychology journal says people can sense the future. The study is stirring up some considerable controversy amongst the scientific community.

The study in The Journal of Personality and Social Psychology, a peer-reviewed journal of the American Psychological Association, finds there is evidence that supports the presence of ESP.

But what exactly is ESP?

"Early Show" contributor and psychologist Dr. Jennifer Hartstein explained on the broadcast that in the "most layman of terms, it's that sixth sense, that gut instinct that we have. We think of it as this very 'out there' thing. The truth is it's that sense that you can predict something will happen. We always kind of pull things from our past. This is the idea that our brain can actually start to pull things that are anticipated to happen."

The major problem is that much of the scientific community rejects ESP due to the absence of a solid evidence base, the lack of a clear theory that can explain ESP and the lack of experimental techniques that can support the presence of ESP with reliable results.

This study, conducted by Daryl Bem, a well-known and highly regarded researcher, is the first that uses scientific techniques and method to provide evidence of ESP. Using nine studies and about 1,000 students, he demonstrated that individuals can predict outcome on a variety of measures, from which side of a computer screen a picture will appear on to how many words they can recall from a list. His findings show that just over half of those involved had the ability to predict outcomes. Although this is not a huge effect, Hartstein said, it is enough to be noteworthy.

"He does demonstrate excellent scientific validity in his study," she said. "The reason there's skepticism is this is something that hasn't really been studied before. Here's an opportunity to say maybe it does exist and we have to take a leap of faith that his practices are actually valid and right."

But who could have ESP?

Hartstein said, "(Bem) did find that people who were bigger risk takers tend to have an ability to have better precognition or ESP than other people. Is it that they are taking risks, so will they have to anticipate what might come next? Who knows. But they did find that personality type is more likely."

So when will ESP be deemed plausible?

"I think there needs to be replication," Hartstein said. "We need to see if it can be done again and then we'll know for sure."