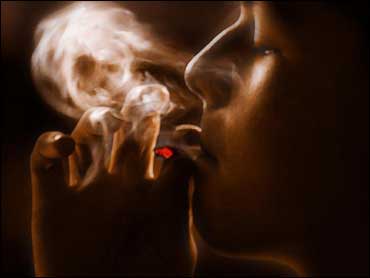 As teenagers say drug problems at school are getting worse, many parents are expressing doubts about ever making such schools drug free, and a majority of parents are seemingly less concerned about drug dangers, a new study says.

And such activity is not easily hidden: The study has found that eight in 10 high schoolers and 44 percent of middle schoolers have witnessed illegal drug use, dealing or possession, or have seen students high or drunk on school grounds.

Thirty-one percent have witnessed this activity at least once a week.

According to the study, 17 percent of high school students say they could buy marijuana somewhere on their campus in an hour, while 37 percent say they could do it in a day, reports CBS News national correspondent Byron Pitts.

Some 13 percent of teens said they had tried marijuana, and 4 percent said they had used it in the past month. (Such survey results are often understated because respondents are hesitant to admit such drug use.)

The group calls institutions where illicit drug use is so rampant as "drug infested," and says popular kids who attending such schools are five and a half times more likely to use drugs than the same teens at drug-free schools.

"Those kids who consider themselves among the most popular were likely to get drunk at least once a month, likely to use drugs, likely to smoke marijuana," Joseph Califano, the center's chairman and president, told CBS News Early Show anchor Harry Smith. "The world these kids are living in, that's cool. We've got to change that."

"It has become such a commonplace experience for teens that their concern about it has come down," said Califano.

And with drug use becoming embedded in the high school experience, despair and denial are increasingly characterizing parents' attitudes.

Of parents queried in the survey, only 11 percent said drugs are their child's biggest concern. Asked how they'd feel if their kids smoked pot, 48 percent of parents said they were more worried about sex, 52 percent about shoplifting, and 82 percent about their child driving while intoxicated.

Califano, a former Secretary of Health, Education and Welfare, recommends that parents pull their kids out of schools where drug dangers are high.

"They've got to start saying, 'I'm not going to allow this situation to continue where my kids have to go to a school where drugs are used, kept and sold, or where they're going to see classmates that are high or drunk," Califano said.

The survey found 24 percent of teens named drugs as their number one concern, down from 32 percent who listed it as a top concern in 1995.