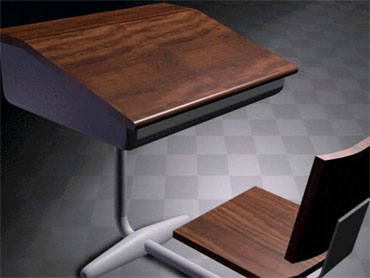 (CBS/AP) Kids are often told that to make it life, they must go to college. They work hard to get there. Parents and kids drain savings or take out huge loans to pay for it all.

And what do kids end up learning? The answer: not much.

A study of more than 2,300 undergraduates found 45 percent of students show no significant improvement in the key measures of critical thinking, complex reasoning and writing by the end of their sophomore years.

The findings are in a new book, "Academically Adrift: Limited Learning on College Campuses," by sociologists Richard Arum of New York University and Josipa Roksa of the University of Virginia. An accompanying report argues against federal mandates holding schools accountable, a prospect long feared in American higher education.

"The great thing -- if you can call it that -- is that it's going to spark a dialogue and focus on the actual learning issue," said David Paris, president of the New Leadership Alliance for Student Learning and Accountability, which is pressing the cause in higher education. "What kind of intellectual growth are we seeing in college?"

The study, an unusually large-scale effort to track student learning over time, comes as the federal government, reformers and others argue that the U.S. must produce more college graduates to remain competitive globally. But if students aren't learning much, that calls into question whether boosting graduation rates will provide that edge.

"It's not the case that giving out more credentials is going to make the U.S. more economically competitive," Arum said in an interview. "It requires academic rigor ... You can't just get it through osmosis at these institutions."

The findings also will likely spark a debate over what helps and hurts students learn. To sum up, it's good to lead a monk's existence: Students who study alone and have heavier reading and writing loads do well.

The book is based on information from 24 schools, meant to be a representative sample, that provided Collegiate Learning Assessment data on students who took the standardized test in their first semester in fall 2005 and at the end of their sophomore years in spring 2007. The schools took part on the condition that their institutions not be identified.

The Collegiate Learning Assessment has its share of critics who say it doesn't capture learning in specialized majors or isn't a reliable measure of college performance because so many factors are beyond their control.

The research found an average-scoring student in fall 2005 scored seven percentage points higher in spring of 2007 on the assessment. In other words, those who entered college in the 50th percentile would rise to the equivalent of the 57th after their sophomore years.

Among the findings outlined in the book and report, which tracked students through four years of college:

-Overall, the picture doesn't brighten much over four years. After four years, 36 percent of students did not demonstrate significant improvement, compared to 45 percent after two.

-Students from families with different levels of parental education enter college with different learning levels but learn at about the same rates while attending college. The racial gap between black and white students going in, however, widens: Black students improve their assessment scores at lower levels than whites.

Arum and Roksa spread the blame, pointing to students who don't study much and seek easy courses and a culture at colleges and universities that values research over good teaching.

Subsequent research found students one year out of college are not faring well: One-third moved back home, and 10 percent were unemployed. The findings are troubling news for an engaged citizenry, Arum said. Almost half of those surveyed said they rarely if ever discuss politics or public affairs with others either in person or online.

The report warns that federally mandated fixes similar to "No Child Left Behind" in K-12 education would be "counterproductive," in part because researchers are still learning how to measure learning. But it does make clear that accountability should be emphasized more at the institutional level, starting with college presidents.

Some colleges and universities do not need convincing. The University of Charleston, in West Virginia, has beefed up writing assignments in disciplines such as nursing and biology to improve learning.

President Edwin Welch is among more than 70 college and university presidents pledging to take steps to improve student learning, use evidence to improve instruction and publicize results.

"I think we do need more transparency," Welch said. "I think a student at a private institution who might go into debt for $40,000 or $50,000 has the right to know what he can learn at the institution."