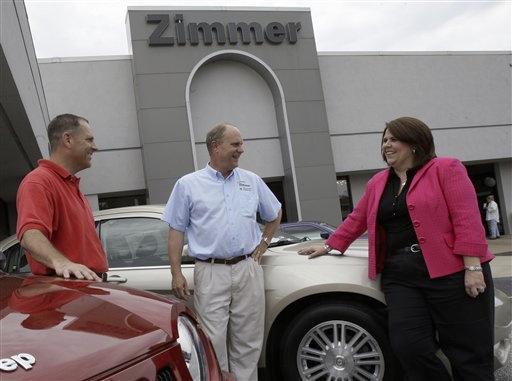 A diet favoring "good" over "bad" carbohydrates is better for the heart and less likely to slow down metabolism than a conventional low-fat diet, a small, preliminary study suggests.

The "glycemic index" diet recommends carbohydrates that do not cause a sharp rise in blood sugar levels after meals, such as old-fashioned oatmeal rather than highly processed sugared breakfast cereal. It is not as anti-carb as Atkins-style regimens, nor as fat-restrictive as standard low-fat diets.

Proponents call it a happy medium, though skeptics say the science — including the new study — doesn't prove that low-glycemic diets are superior.

The study involved 39 overweight people ages 18 to 40 who were paid $1,500 to eat hospital-prepared diets for about 10 weeks. Low-glycemic foods were given to 22 participants, while 17 got the low-fat option.

Participants in both groups lost an average of about 20 pounds. But glycemic-index dieters fared better on two risk factors for heart disease: They had a slight decrease in fats in the blood called triglycerides, versus an increase in the low-fat group, and they had a much greater reduction in levels of an inflammation-related substance called C-reactive protein.

The number of calories burned while resting decreased in both groups — a metabolism slowdown that commonly occurs while dieting. But the average decrease was smaller in the low-glycemic group — 96 calories per day versus 176 in the low-fat group. Hunger pangs were less common among low-glycemic dieters.

The study's leader, Dr. David Ludwig, director of an obesity program at Boston's Children's Hospital, said that because of those differences, people on the low-glycemic regimen are more likely to stay on their diet and less likely to put the weight back on. But he said longer studies are needed to show if that is true.

Participants' triglyceride and CRP levels already were in a healthful range when the study began, and there is no evidence that decreasing them further would be more beneficial, Eckel said. Also, he said, if the metabolism changes had been meaningful, the glycemic-index dieters should have lost more weight than the other group.

Both diets involved 1,500 calories per day, but they differed in nutrient content.

In the low-fat diet, 65 percent of calories came from carbohydrates, including foods like instant oatmeal, raisins and tortilla chips — all with a relatively high glycemic index.

In the glycemic index diet, 43 percent of daily calories came from carbs and they included steel-cut oatmeal, blueberries and peanuts — all more slowly broken down into sugar than foods in the low-fat diet.

In the low-fat diet, 18 percent of calories came from fat. In glycemic index diet, 30 percent came from fat — the limit recommended by U.S. government dietary guidelines and many nutritionists.