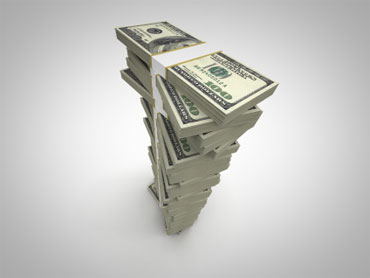 The study also finds that that initial $5,000 difference results in someone earning over $600,000 more during a 40-year career than they would have without that first $5,000 bump.

On "The Early Show" Tuesday, CBS News Business and Economics Correspondent Rebecca Jarvis discussed what the study found to be the do's and don'ts of salary negotiating:

WHY NEGOTIATING CAN WORK

Employers are trying to get the most bang for their buck. They want to keep their best employees. And if you can successfully make the case that you fall into that category, they could see a financial benefit to them of increasing your salary. Hiring and training new employees is costly. Keeping you on board and happy amounts to maintaining what's known, rather than what's unknown.

To me, the most surprising findings in study were actually the negotiating DON'Ts.

We're often told that being compromising and accommodating in the work place is most successful way to go but, according to this study, when it comes to negotiating for salary, those approaches DON'T WORK.

BEING ACCOMODATING represents high concern for others and low concerns about one's own outcomes. Negotiators pursuing an accommodating strategy are more interested in having others attain their desired outcomes. While this strategy has disadvantages when one is trying to reach agreement on issues that are important, this strategy may be appropriate in situations when one's focus is on the longer term relationship or one is negotiating from a position of limited power. When risk adverse individuals did opt to negotiate, they were most inclined to accommodate -- a strategy that did not increase their salaries, and left them with feelings of dissatisfaction and unfairness.

COMPROMISING involves some level of concern for one's own outcomes and some level for others' outcomes. The use of a compromise strategy would include the use of a give-and-take approach with a desire to reach an acceptable middle ground.

AVOIDING -- dodging situations that would involve negotiation. While there are situations
where an "avoid" approach would be effective, often in salary negotiations, an avoid approach leaves money on the table. This strategy could be seen as one that represents low concern about one's own and others' outcomes.

WHAT YOU SHOULD DO?

COLLABORATING: a WIN/WIN -- Laying out what you want/need and making the argument that it also accomplishes what your boss and company need.

MORE THINGS YOU CAN DO:

Jarvis added some advice of her own:

ARM YOURSELF WITH INFO: What are other people in your position making? If it's more than you, then it's definitely worth bringing up in the negotiation. How do you find that information? Asking internally can be challenging. Instead, consult salary.com, where you can enter your job function and zip code to determine -- what other people in your field are making.

Many experts agree the BEST TIME TO ASK FOR A RAISE best time to ask is after your performance has really stood out. If you just completed something spectacular. If your performance is good, but not outstanding, consider waiting.

And have a conversation with your boss about what significant contributions he/she would like from you, how you're doing with them, how you could do better, skills and contributions to work on, and the guidelines that are used to determine compensation.

Body language: Good posture says you're confident. Establish good eye contact. But don't get too close. Keep your hands above the table -- don't hide them.