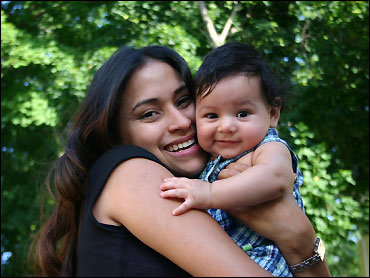 Just by reading grown-ups' faces, babies may notice when bilingual adults shift from one language to another, a new study shows.

One by one, the babies sat on their parent's lap and watched a silent video
tape play on a TV screen.

The video showed an adult reciting French and English sentences from a
classic book by Antoine de Saint-Exupery published in English as "The Little Prince" and as "Le Petit Prince" in French.

The researchers included neuroscience doctoral student Whitney Weikum of
Canada's University of British Columbia. They filmed the babies during the
experiment to see how long the babies watched the silent videos.

Across the board, babies aged 4 months and 6 months watched the videos
longer when the speakers switched languages, even though the speakers' words
couldn't be heard.

The babies may have noticed how the grown-ups' faces changed in speaking
different words, note the researchers.

Among the 8-month-old babies, only those raised in bilingual homes kept
paying more attention to the language shifts. Those babies' bilingual
upbringing may have reinforced their interest in telling the two languages
apart, the researchers suggest.

Weikum tells WebMD that she and her colleagues are interested to see if
the findings hold for languages that have more rhythmic similarities than
English and French.