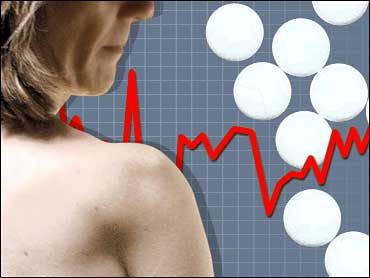 New insights into how colorectal cancers develop could lead to a targeted approach for using aspirin and other anti-inflammatory drugs to prevent the disease.

But a new study, led by researchers from Harvard Medical School and Massachusetts General Hospital, raises hopes of identifying and treating only those who would benefit most from aspirin therapy.

The widely held belief that aspirin lowers colorectal cancer risk by reducing inflammation led the researchers to examine the expression of the Cox-2 enzyme in colorectal tumors.

Cox-2 is an enzyme that is associated with inflammation, and it has become clear that some cancers express this enzyme and others do not, researcher
Andrew T. Chan, MD, MPH, tells WebMD.

Chan and colleagues hypothesized that frequent aspirin use would protect against colorectal cancers that expressed Cox-2, but not those that didn't.

They tested the theory by examining the medical records of 130,000 participants in two large, ongoing health trials. They also examined the lab reports of 600 tumor specimens from people in the studies who developed colorectal cancer.

Their findings appear in the May 24 issue of The New England Journal of Medicine.

Overall, Chan and colleagues found that people who took at least two standard aspirin tablets a week had a lower risk of developing colorectal cancer than nonaspirin users.

But their analysis of cancer samples revealed that the risk reduction was seen only in tumors expressing the Cox-2 enzyme.

Roughly two-thirds of the tested tumors had moderate or strong Cox-2 expression, while the remaining third did not.

Aspirin and other Cox-2 inhibiting therapies, like the drug Celebrex, are known to help prevent the colorectal polyps that can lead to cancer.

Determining the Cox-2 status of these polyps when they are removed during cancer screening may prove to be one way of identifying at-risk people who could benefit from preventive therapy with aspirin, Chan says.

"We definitely need to study this further," he says. "A first step is to
confirm that the expression of Cox-2 in [precancerous polyps] has some influence on its expression in cancer."

Until more is known, Chan says people worried about colorectal cancer should focus on proven prevention strategies, such as colonoscopy screening.

"We don't recommend aspirin for prevention because of the potential for serious side effects," he says. "But everybody 50 and over should get tested so that polyps can be detected and removed before they turn into cancer. And we know that regular exercise and maintaining a healthy weight are also excellent ways to reduce colon cancer risk."
By Salynn Boyles
Reviewed by Louise Chang
©2007 WebMD, Inc. All rights reserved